Oh, how I love accessories….As a reminder, this is where we left the capsule wardrobe when we finished the 4 additions to it yesterday: 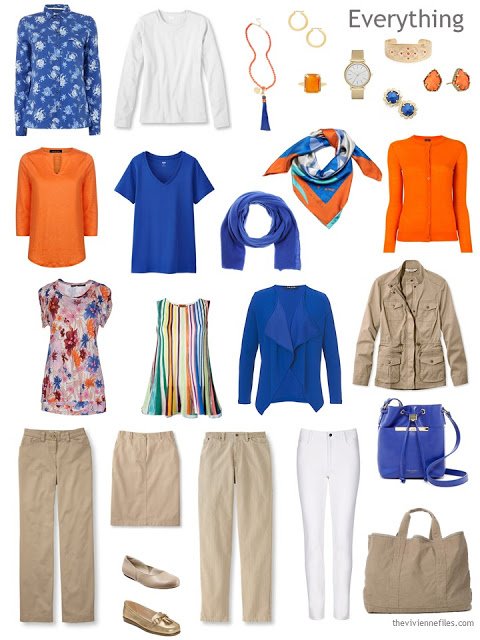 I was really appreciating the summery-ness of this wardrobe, so I thought I’d add some warmer-weather accessories (before they disappear entirely from the stores…)  Sandals are essential! 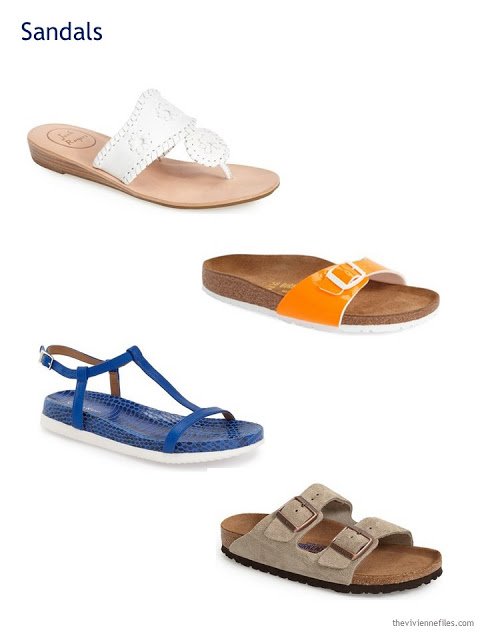 And sunglasses. If I convince you to change only ONE thing in your entire life, I want it to be that you buy and wear GOOD sunglasses regularly. You might think that it’s just a question of squinting, and getting wrinkles, but your eye health is dependent on shielding them from bright sunlight. Please, not a cheap pair of sunglasses – get something worthy of you and your health. 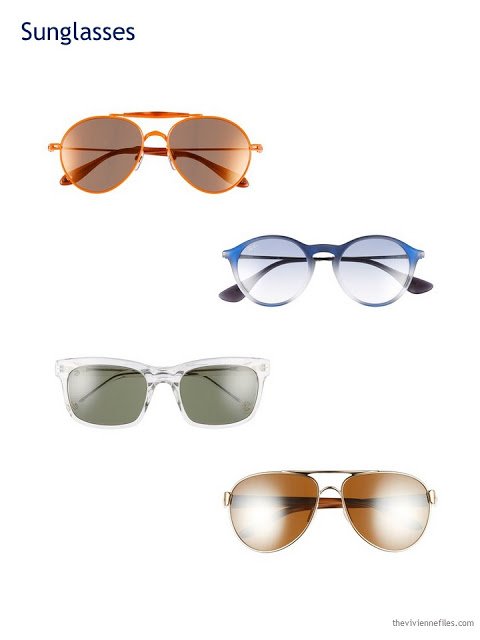 As I’ve said before, I’m the rankest amateur in the world of belts, but I found all four of these to be really attractive; they would add a lot to a simple outfit, wouldn’t they? 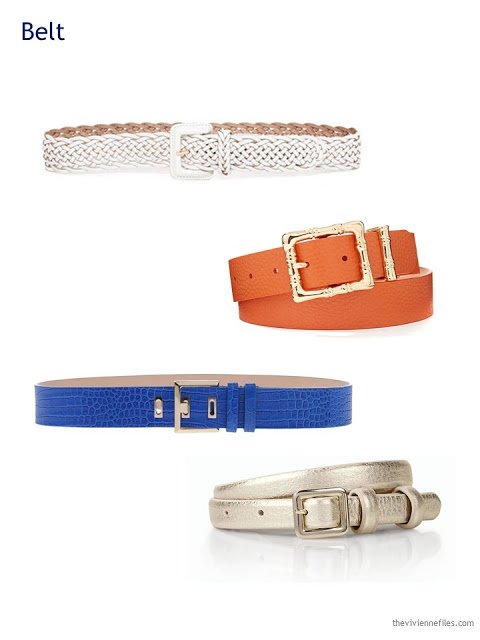 So far, I was looking at white accessories, but I can tell you that there are VERY few white wallets in the world. Not that this is terribly surprising…And I’m trying – really hard – to find some things from time to time that are off the normal “4 department store designers” path. There’s nothing wrong with the mainstream of products, but I like the idea of supporting small creative endeavors – like The Vivienne Files – they can use good exposure! Plus you always have cool topics of conversation right at your fingertips – literally. 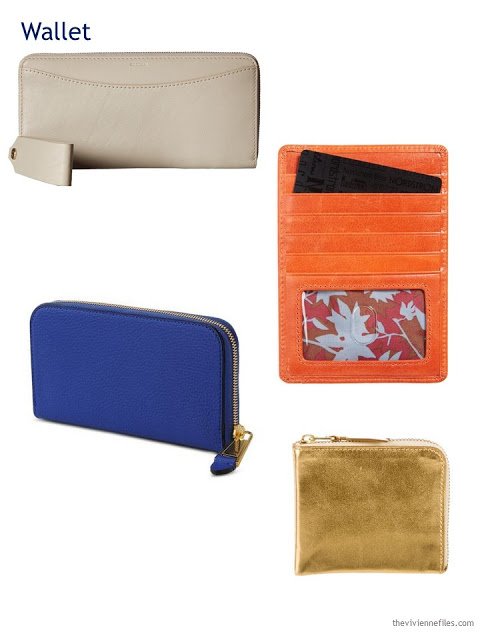 Yes, we’ve already got a handbag, but there are some really cool bags in the world… owning more than 1 isn’t the worst thing you could do to add variety to your look. 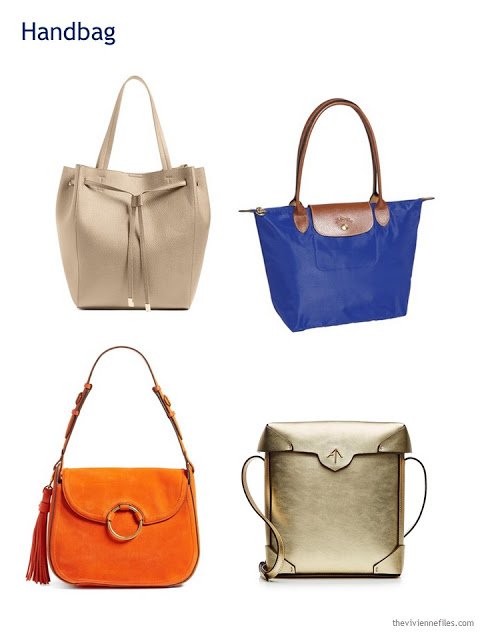 If you have long hair, do you have problems with it getting tangled in your necklace? I’m growing my hair out, and I’m avoiding necklaces right now… I know someone out there has an answer; I’m not going to go through the rest of my life without wearing necklaces! Especially when there are so many beautiful ones in the world… 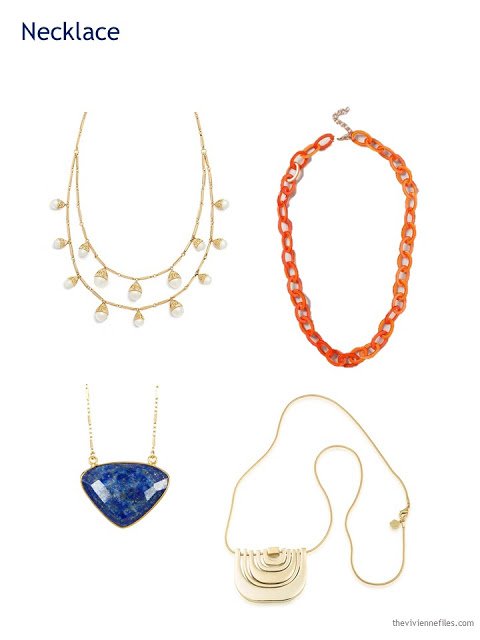 Bracelets are really surging in my wardrobe, right now. They aren’t a problem with my gnarly hair, and they’re not uncomfortable in hot weather. And any bracelet you can imagine is probably out there, somewhere! 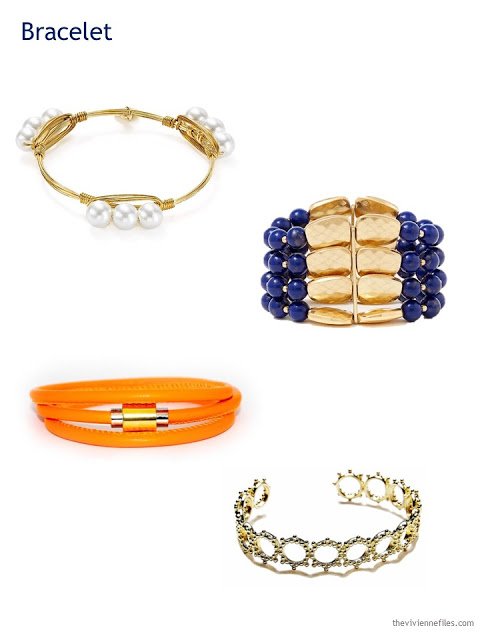 Rings are something that I overlooked for YEARS – I have 10 fingers, and I was only wearing my wedding ring! Now, I’m occasionally guilty of wearing three or four rings on my right hand…(and isn’t that knot ring cool?) 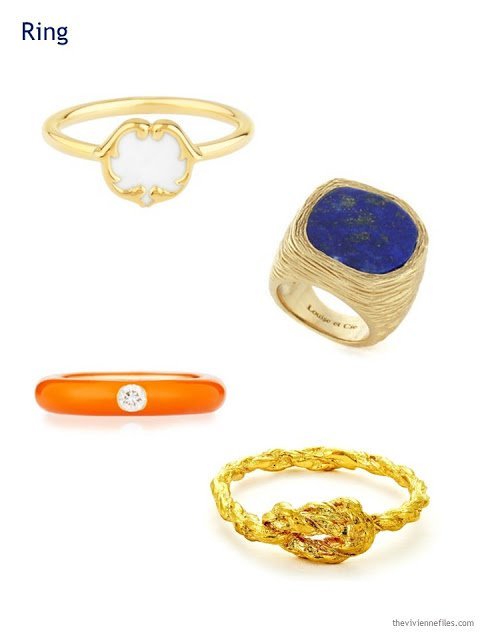 I don’t think I’ve ever looked at “hair stuff” on The Vivienne Files, and that’s a pity. I have to wear a headband or similar device every day, or risk looking like the shaggy dog… There are thousands of possibilities out there, that add a touch of color, texture, or interest to your appearance and are literally “out of sight” once you put them on. Bring back the headband! 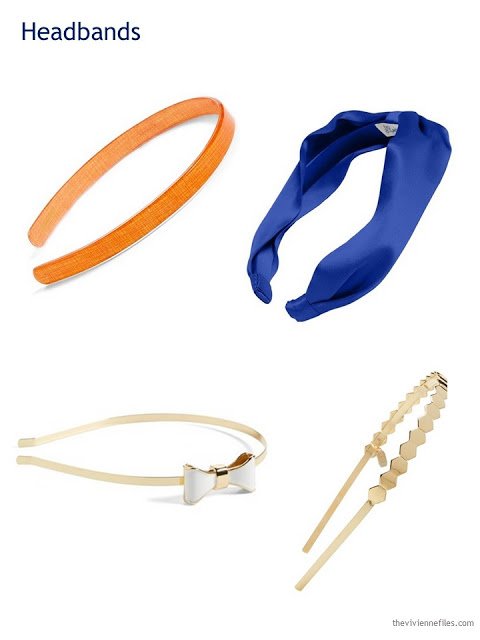 As I was collecting all of these beauties, it occurred to me that the range of colors meant that the overall wardrobe could take on a variety of overall “feels,” depending on which accessories were included.So I’ve included two versions of the “final” – one that uses mostly beige and orange, with touches of gold: 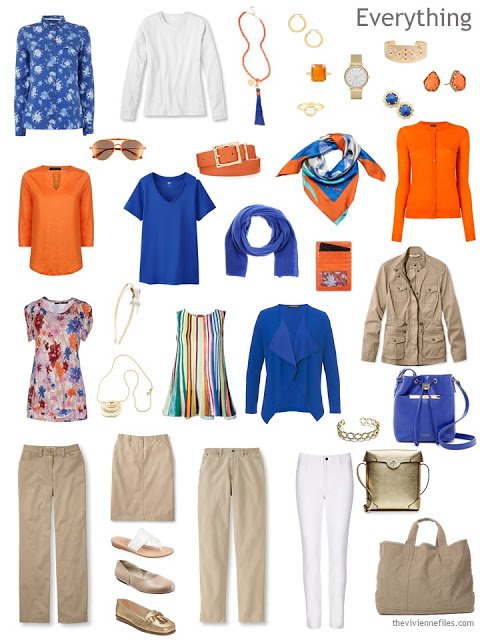 This second version leans much more heavily on the blue accessories: 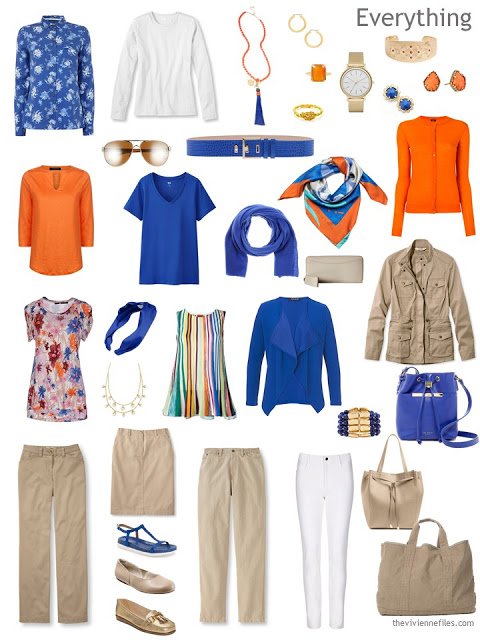 Of course, in my world, if you can find the storage space, you can have all of the accessories that you want! 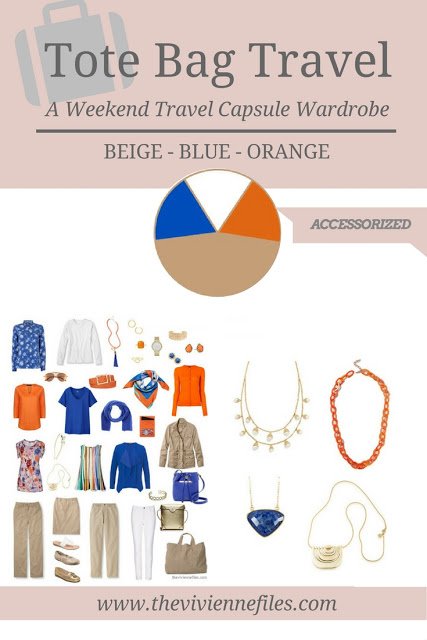