Although I was ill for a shockingly large portion of our vacation, I did manage to get some shopping done too! One day, we walked a long way south through The Village and then over into Soho, where I was mystically compelled into the Eileen Fisher store… Two short-sleeved dresses were the happy result – dresses because they will accommodate my shifting body composition as I work out more, and sleeveless because I’ve lifted so many weights that my arms DESERVE some time out in public!

Belovedest had a store in mind he wanted to visit – the very charming little Miansai shop, which is the motherlode of leather bracelets. I’ve never been driven to have a leather bracelet, but when B and I decided to each get one as a sort of silly anniversary commemoration, I wasn’t crushed to choose the black leather bracelet with the touch of red… One of the great pleasures of wandering through the neighborhoods in New York is that you find all sorts of little stores selling things that do NOT exist in your local mall!

My 2nd healthy day, our only real ambition was to walk up the Upper West Side, window shop, and have dinner. While the plan really didn’t include shopping, when I saw the pearl earrings in the window at KTCollection Jewelry, I knew we were going to buy something… For the dedicated sentimental type who adores New York, this store also has necklaces made with old subway tokens!

We then wandered a long way north, and turned on our heels when hunger summoned, to make a beeline back to Pomodoro Rosso. Since I had been so ill, I was able to inhale large quantities of pasta with no fear of calories. Despite their fame as a “Seinfeld” restaurant, the food was great, the staff was lovely, and we left feeling both sated and coddled. 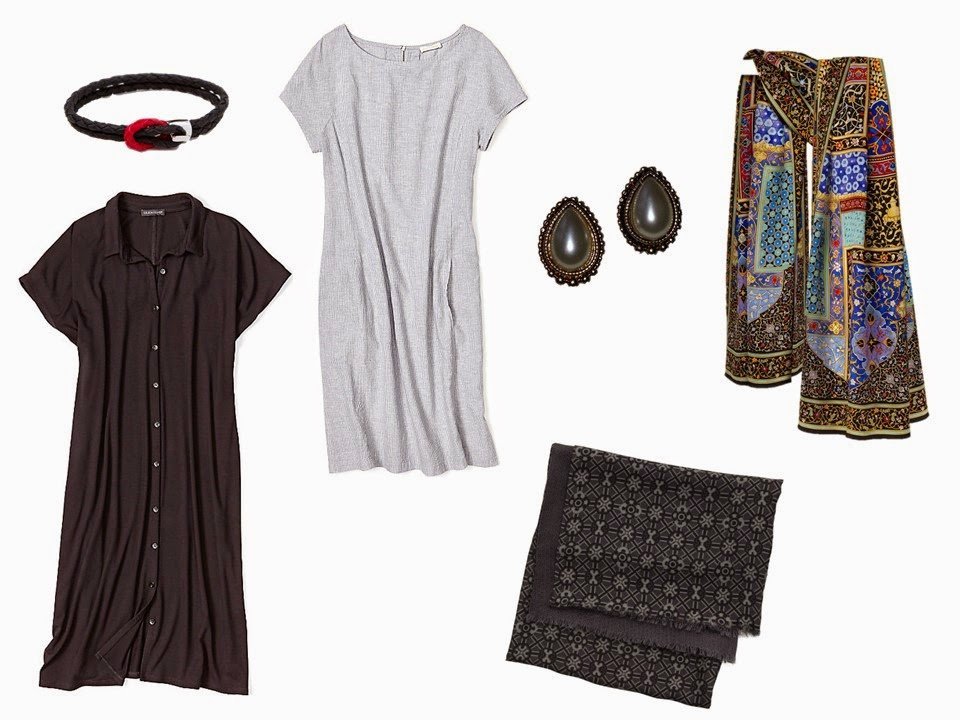 Next day, we had breakfast at our favorite breakfast restaurant, Le Pain Quotidien. If you ever have an opportunity to visit one of their locations, I warmly encourage you to stop in! Everything’s organic, everybody’s friendly, the bread is wonderful, and the spreads for the bread (especially the white chocolate spread, called Blondie) are out of this world. It is no exaggeration to say that we’ve been in LPQ locations in multiple countries, and multiple cities. They have locations here in Chicago, and a week doesn’t pass that I’m not in one, sipping a large latte (served in a bowl, as it should be), and nibbling some bread.

From there, we walked through Central Park – freezing but so beautiful! We cut over to 5th Avenue in time to drop by Librarie Albertine, at 972 5th Avenue – the bookstore of the French Embassy in New York. From the first moment in the door, it feels like France! The security guards greet you in French, and of course the staff is all French. And the store itself is spectacular – a beautiful space! Even if you’re not in the market for books, you really should treat yourself to a visit… 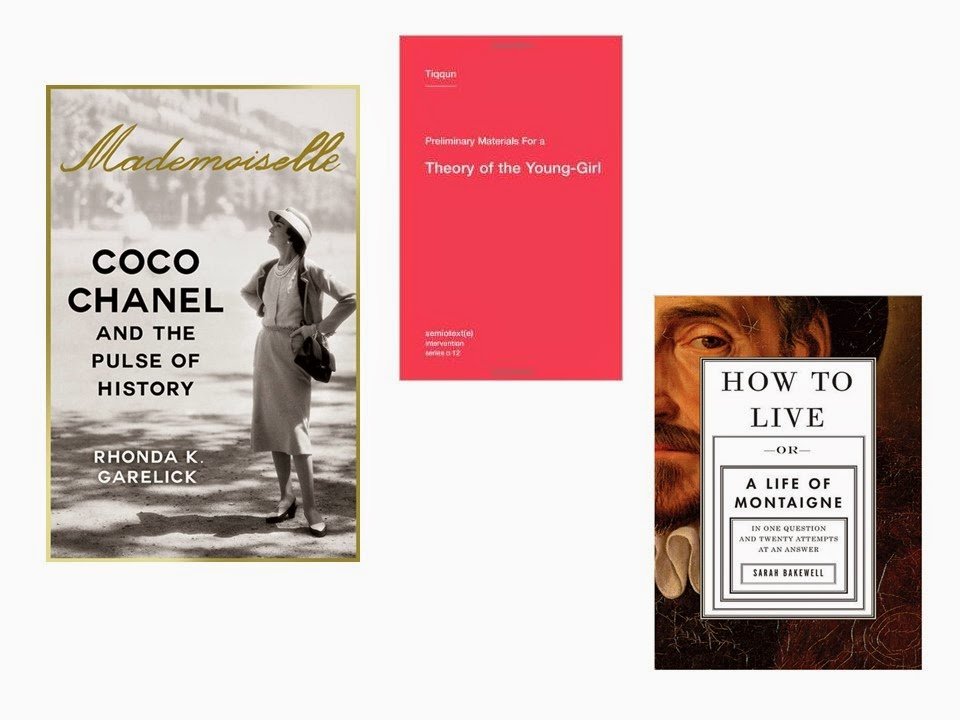 Mademoiselle by Rhonda K. Garelick, Theory of the Young-Girl by Tiqqun, How to Live by Sarah Bakewell

And finally, after an earlier false start, we made it into the Metropolitan Museum of Art. We had been here days earlier, when I fell ill. (it wasn’t really a fall, it was more like being hit by a large truck…) We visited their exhibit “The Plains Indians, Artists of Earth and Sky”. It was beautiful, moving, and a bit sad; if you want to see it, you need to get to the museum early in the day, because it’s wildly popular…

Then I made a beeline to see the Iranian Mihrab, or prayer niche. Words won’t do it justice, so I won’t even try. 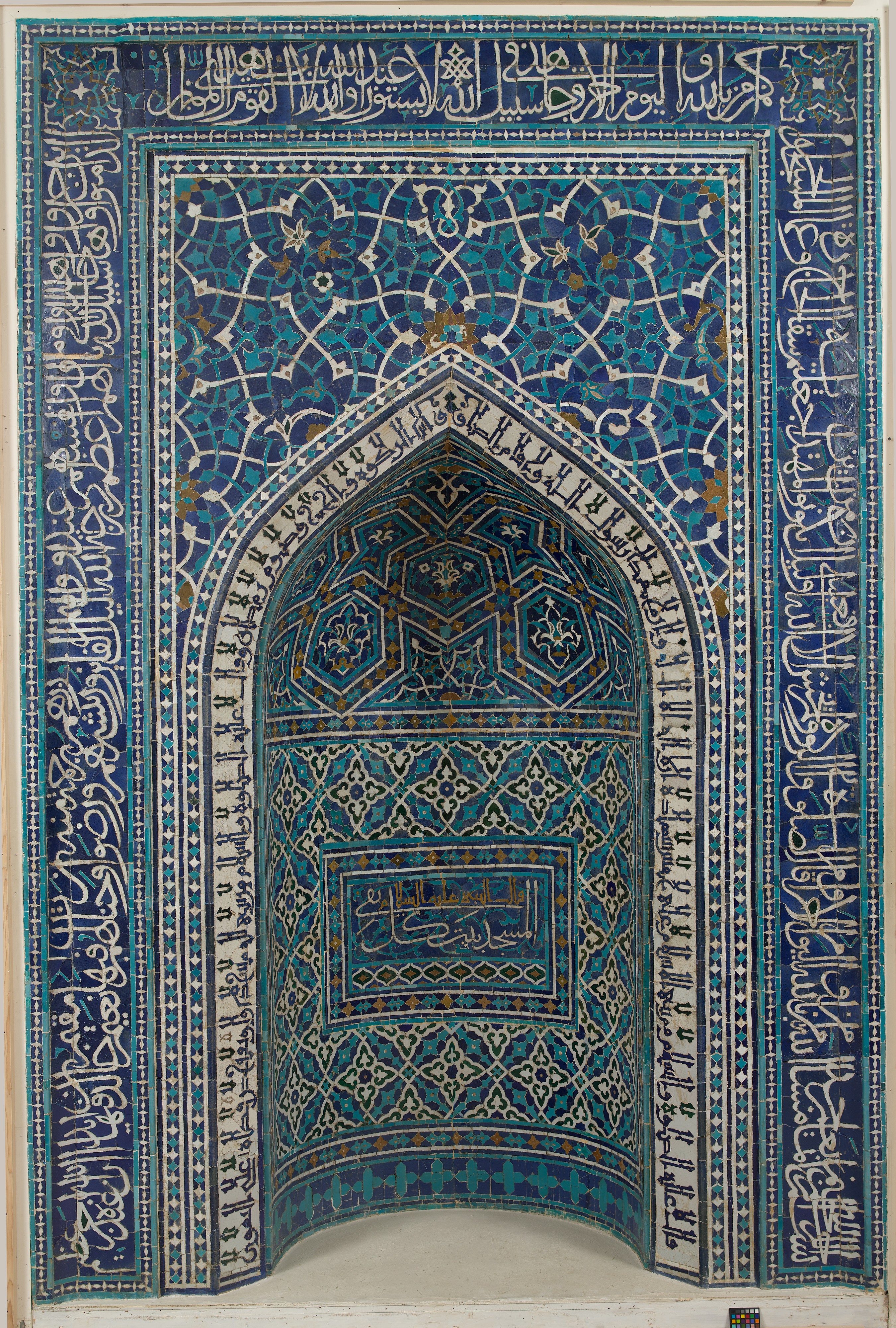 When we were walking through the Velez Blanco Patio, the strangest thing happened.
The lights went out; okay, that’s not odd.
Then, a couple of spotlights came on, highlighting a couple of sculptures. Okay, that’s a little bit strange.
And THEN, music started coming from somewhere, and shadow puppets appeared on one of the walls. THIS does not happen every day!
We had walked right into a performance of La Celestina, presented by the group Erratica. Composed by Matt Rogers, with puppetry by Manuel Cinema, it was unforgettable. A bit unsettling, just as good art sometimes will be. We considered ourselves to be brilliantly fortunate to have wandered into the right place at just the right time.
The last thing I really wanted to see this trip was the rebuilt Tullio Lombardo sculpture of Adam. In 2002, this statue FELL OVER IN THE MIDDLE OF THE NIGHT, breaking into dozens of pieces. The Met reconstructed it, in a process that is fascinating to learn. Check out the videos at this link to see the marvelous science and genius that brought the sculpture back from shards to a thing of striking beauty.

And of course, we shopping a little bit, in the museum shops. The two scarves in the image at the top were the fruits of my patient browsing!
If you’re walking south from the Met, I can warmly recommend that you walk down Madison Avenue – there are some great consignment shops! Don’t miss BIS Designer Resale (1134 Madison), Encore Consignment (1132 Madison), and Michael’s (1041 Madison).
We walked until we almost dropped, and then napped for a bit. Our final dinner in New York was at Il Mulino, 37 East 60th. The food was excellent, but the people-watching was better; you’ve never seen a room more full of people who wanted to be big-time movers and shakers. Much posturing, much pretention. Happily, the service was utterly impartial in that they treated the humble and the grasping with the same professional care. And anybody who feeds me Bolognese sauce this good is deeply loved, in my world!
It was a wonderful trip, even though I spent half of it feeling quite green and fluffy around the edges. A quick dash into Carnegie Deli for chicken soup is never wrong when you’re ill…
But I think I owe Belovedest a do-over, don’t you?
love,
Janice
Looking Back: