Ah, this is finally looking exactly like the weather! 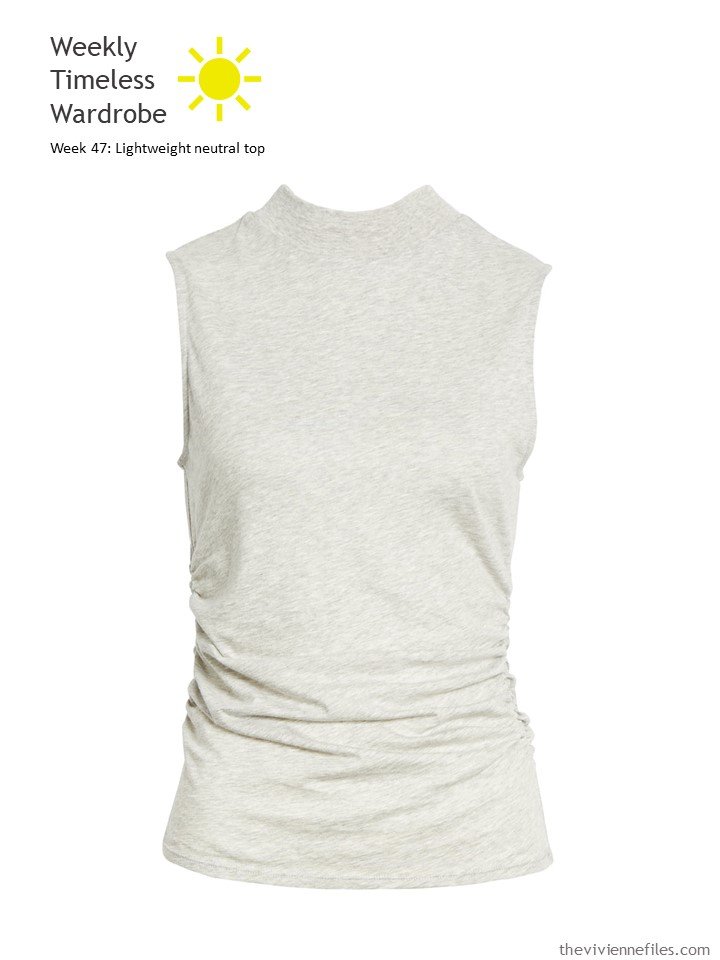 There are no wardrobe rules. None. I might make suggestions, and offer guidelines, but you should make your own choices! It’s your style… 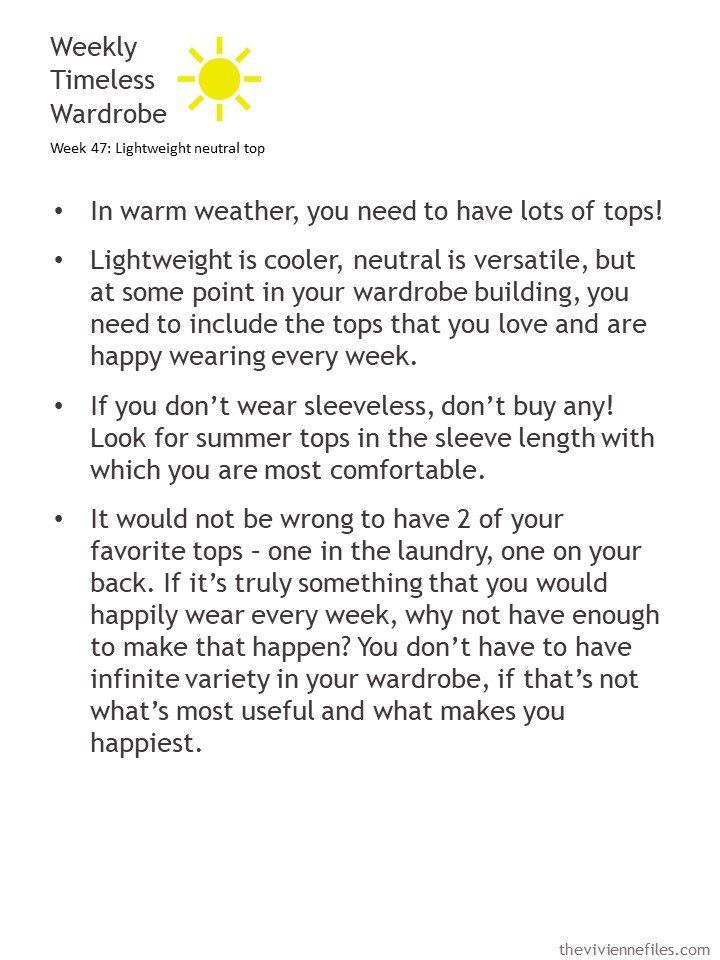 I absolutely would mix patterns with these shorts – anything that looks as if it might be one of the prints in the patchwork is a reasonable choice: 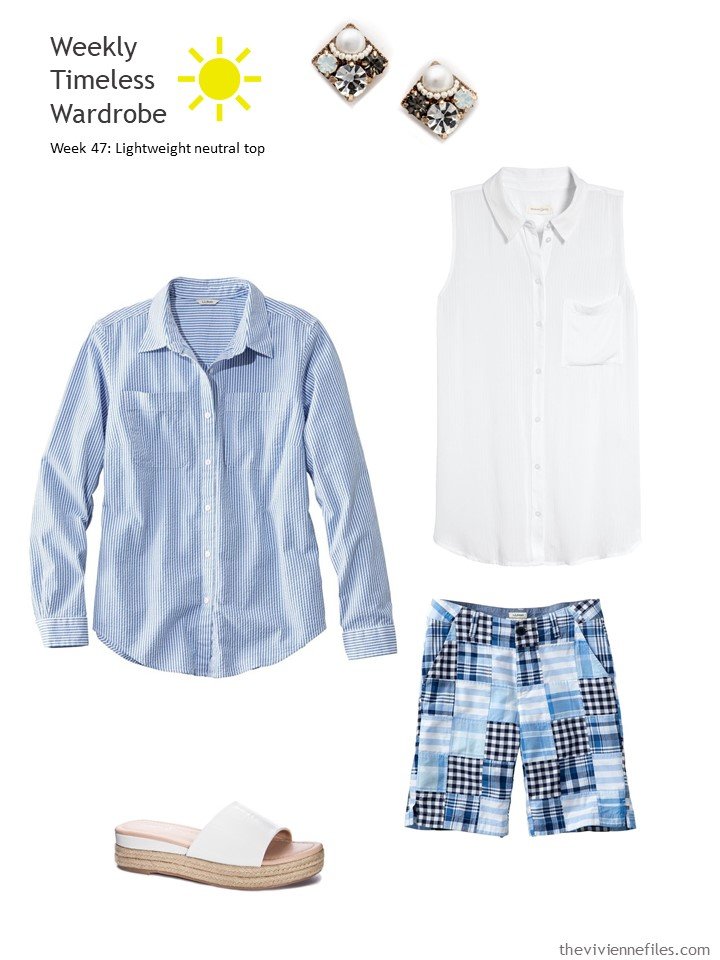 If you’ve got cool earrings, let them be the statement part of your outfit. Simple, classic clothes are a perfect background for accessories: 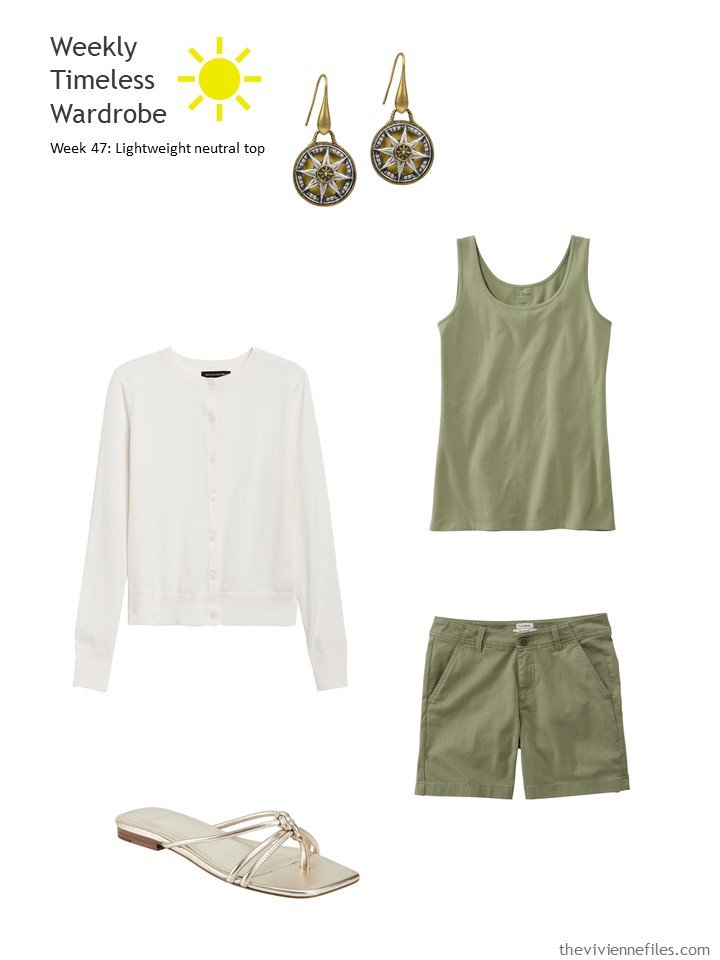 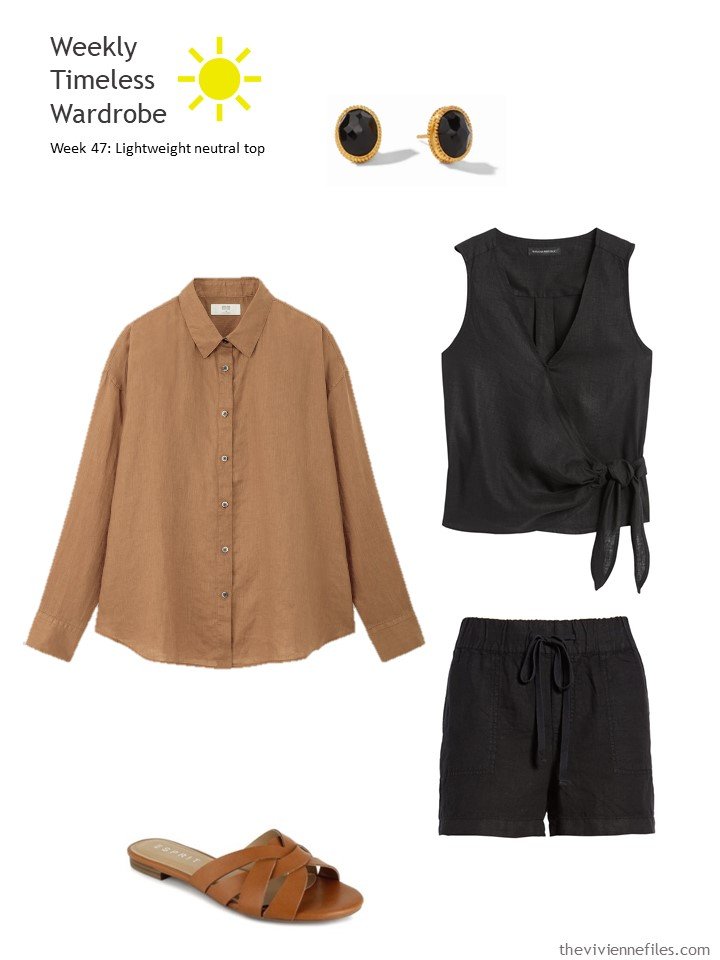 A print that includes your 2 neutrals is a perfect choice. This heroine could swap out for navy shorts, or a white skirt, or navy pants….

And talking about annoying color names – why is “Donegal” in the name of this sweater? Has this sweater ever BEEN to Ireland? Was it made in Ireland, or from Irish materials? Nope – but it’s flecked like a Donegal tweed, and that’s enough to convert a geographic name into a garment adjective… 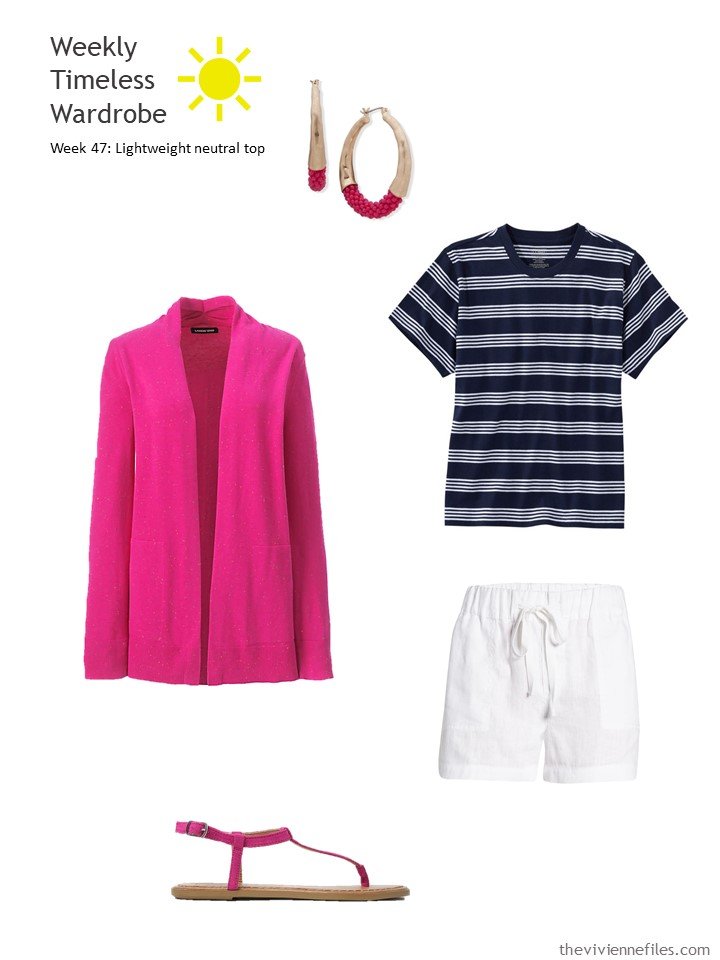 And the print that includes your neutrals doesn’t have to be a traditional floral or stripes – what about some jungle animals? 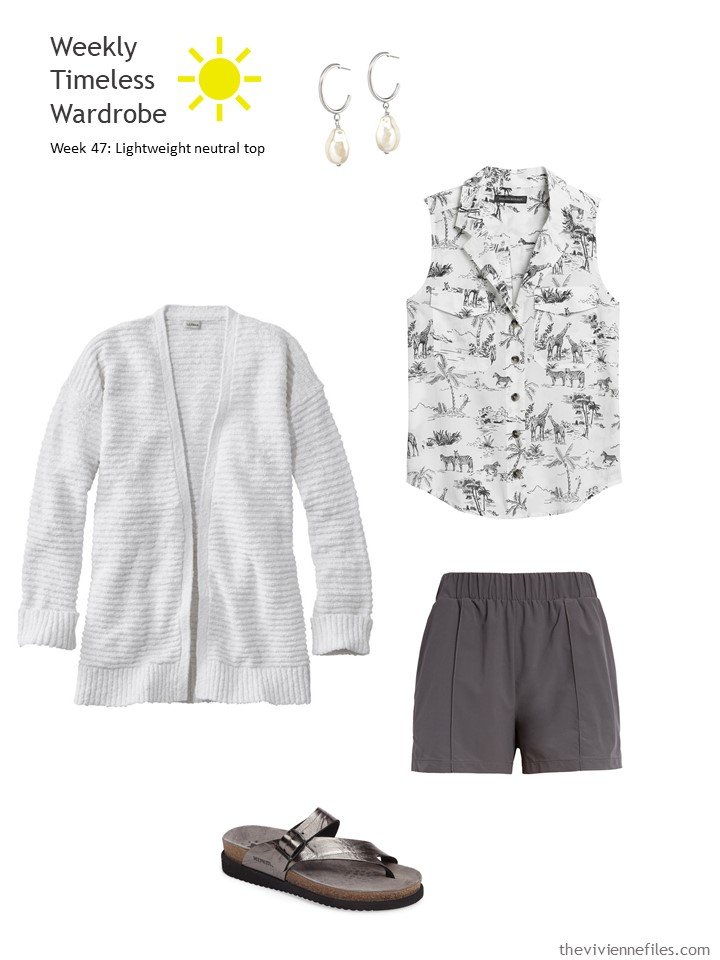 Never forget that tortoise shell (fake, of COURSE) is a perfect way to bring brown and black together in an outfit: 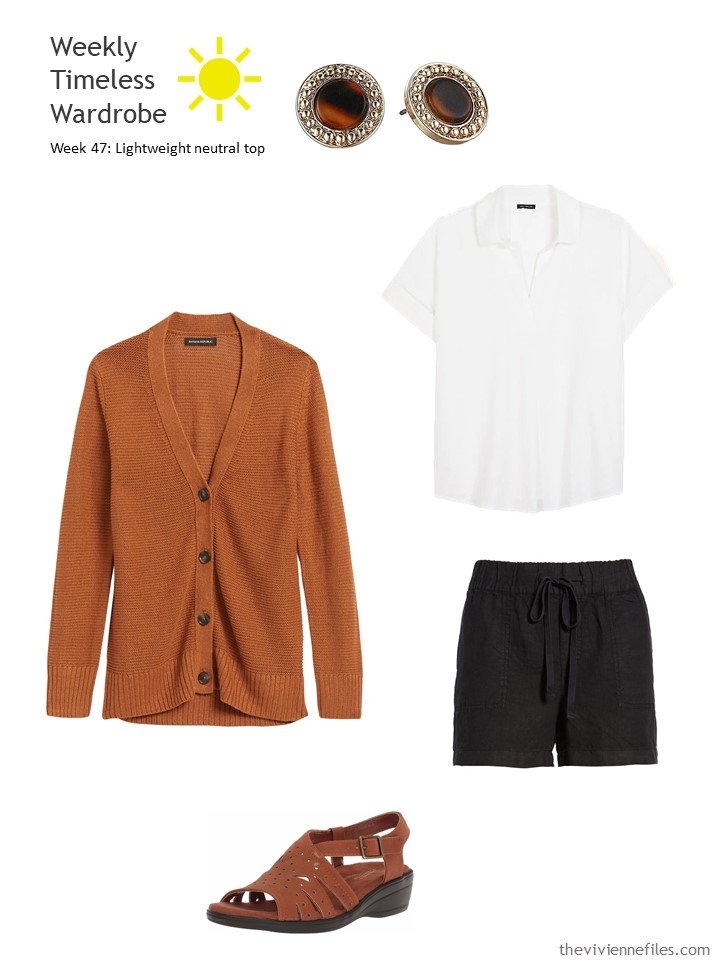 Since I lift weights (well, I used to, before I was locked out of my gym…) I love sleeveless tops. A plain sleeveless tee shirt would be very useful in this wardrobe: 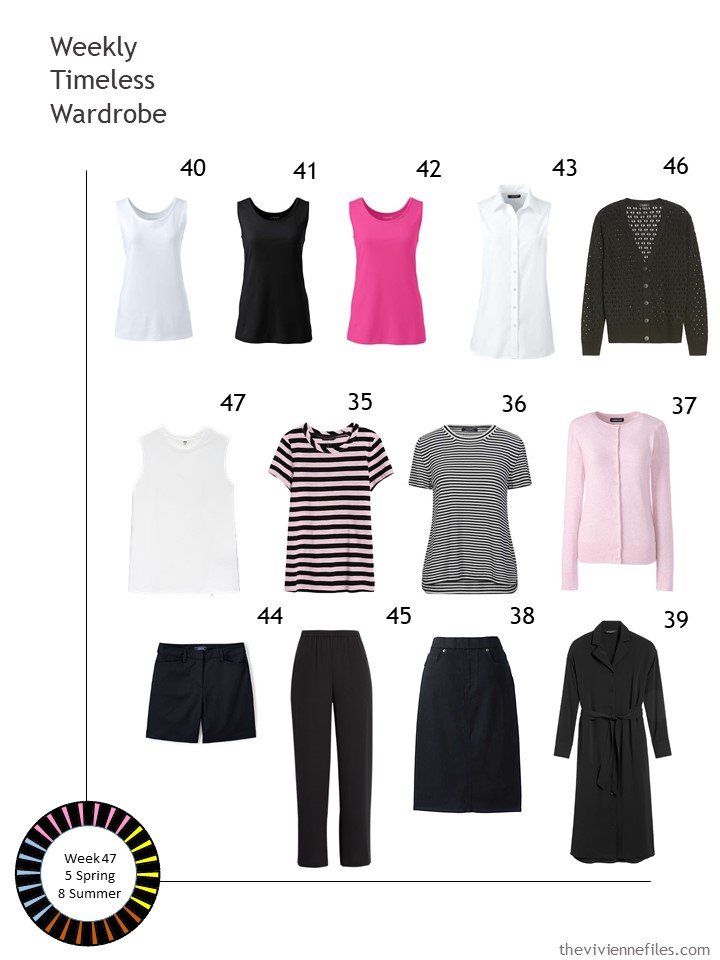 For those of you playing along at home, here’s the updated list! 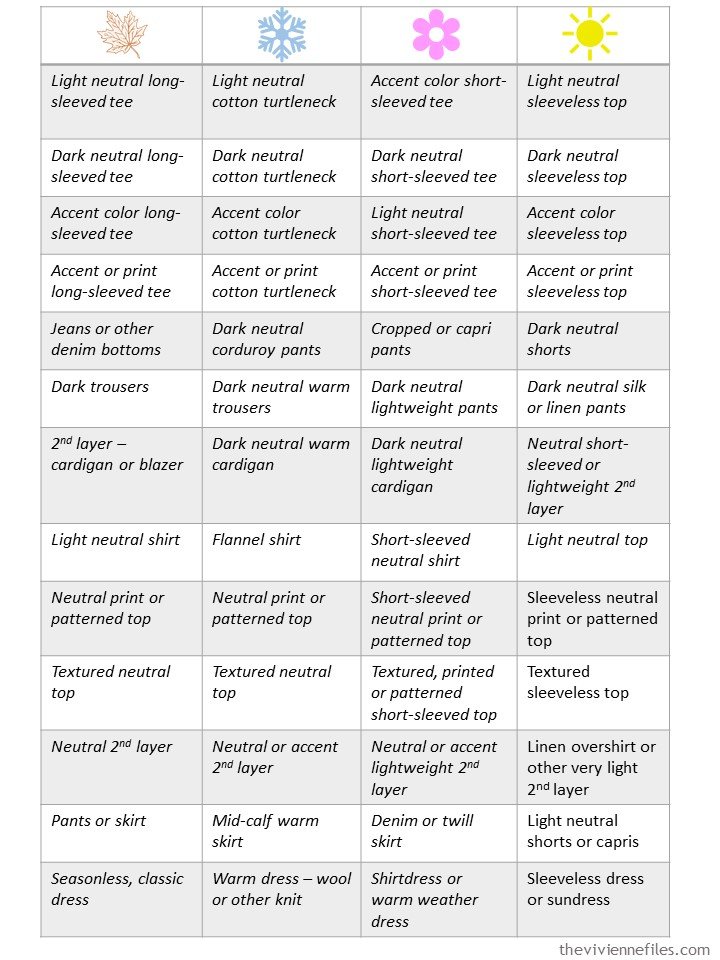 And no, I didn’t forget the 6 scarves; I thought that I would change up the order of things to bring the smallest bit of variety to our lives. Variety isn’t something that I have in large quantities right now, I must admit! 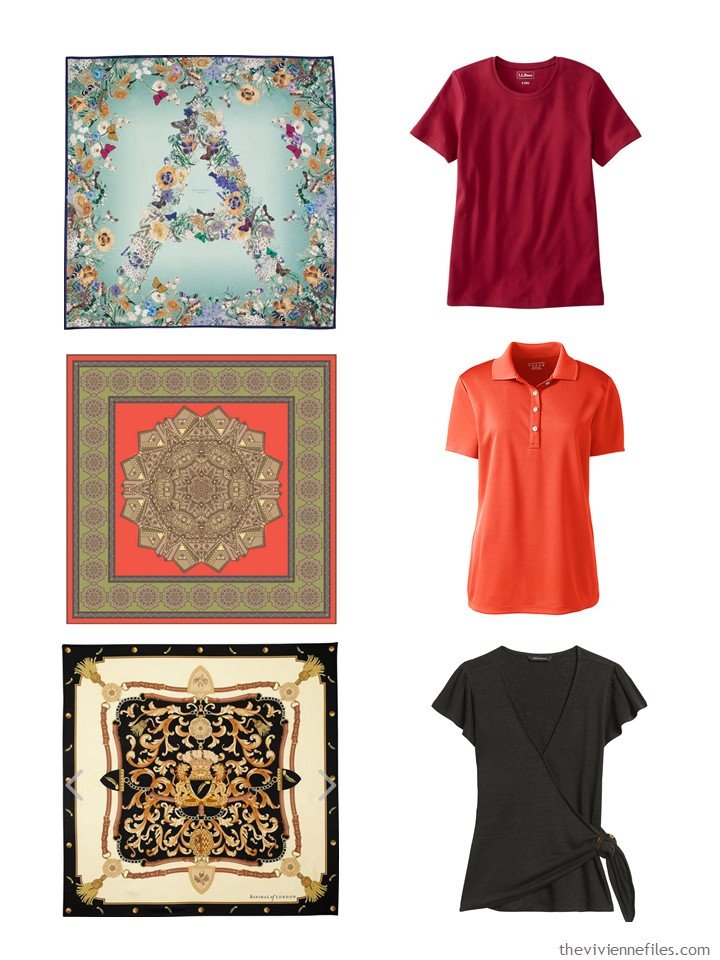 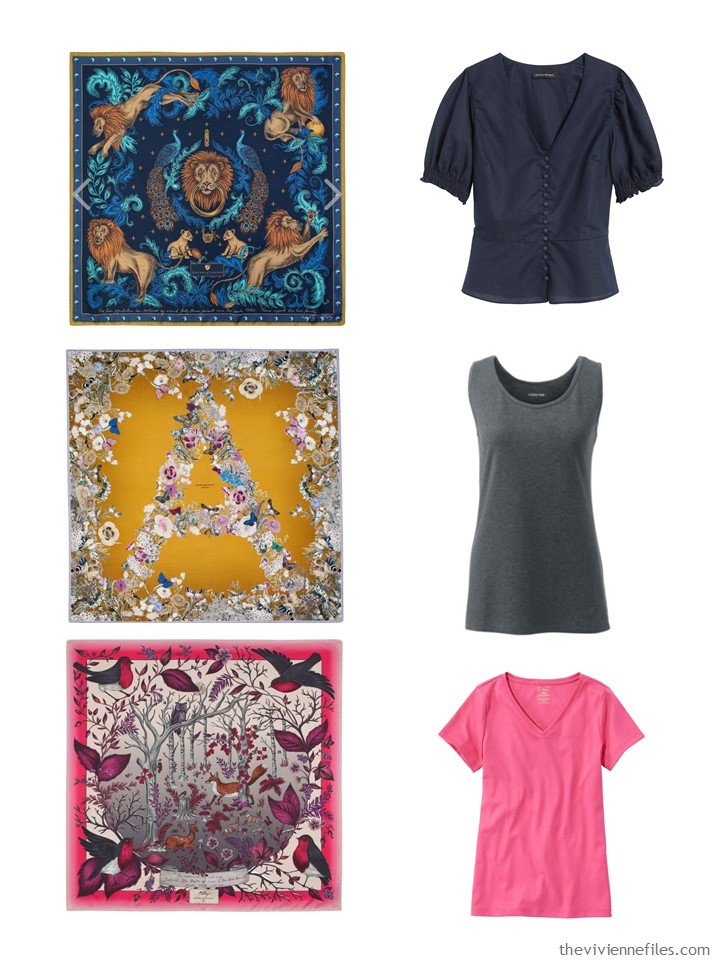 Do you feel like your summer wardrobe is adequate? I NEVER feel like I have enough summer clothes. It’s odd, because in the winter, if I have jeans, a flannel shirt and a cashmere turtleneck, I consider myself fully attired. But in the summer, no stack of tee shirts, row of linen shorts, or handful of linen dresses ever feels sufficient…

p.s. Three years ago, I showed a flashback to EIGHT years ago, to a camel and blue travel capsule wardrobe that has not dated at all... That’s my goal! Timeless. Elegant. Classic. 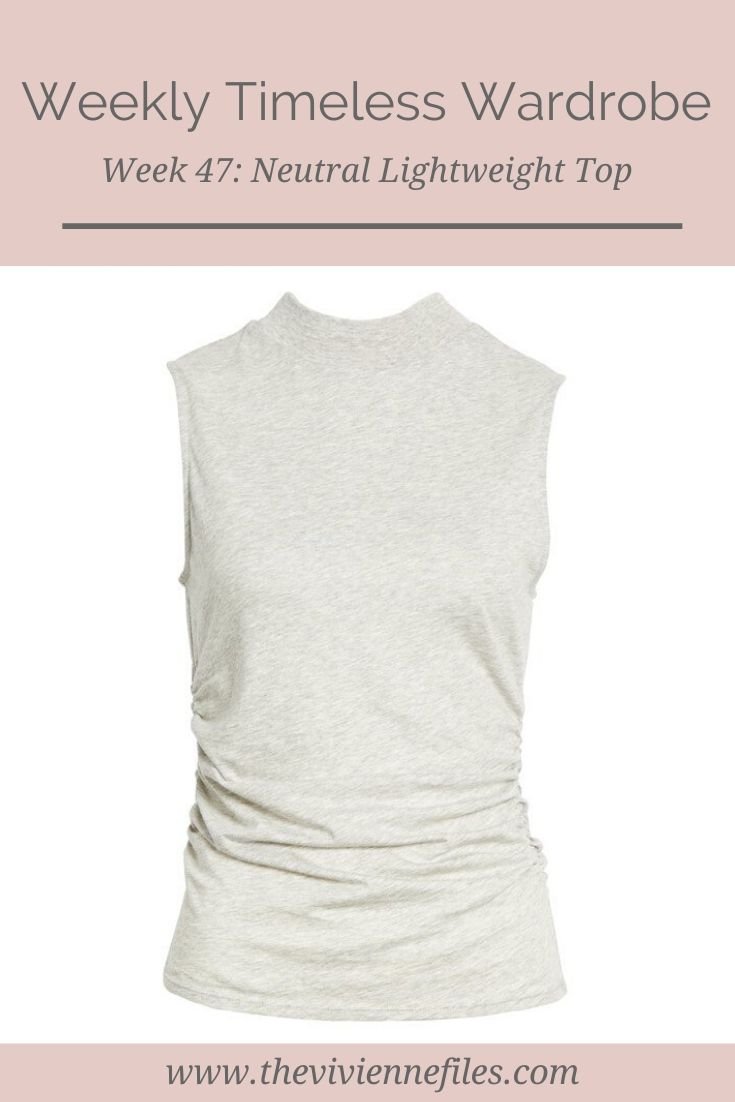