First up, I have to confess that the whole question about what, exactly, this color is called is a mystery to me. I found all sort of shades and tones of these color under both Teal and Petrol blue. It seemed, in a general sense, that it was more likely to be called Teal in North America, and Petrol blue in Europe. Further, the things that claimed to be Petrol were generally more expensive than those that were called Teal. You may find different examples…But whatever it’s called, it’s very pretty! 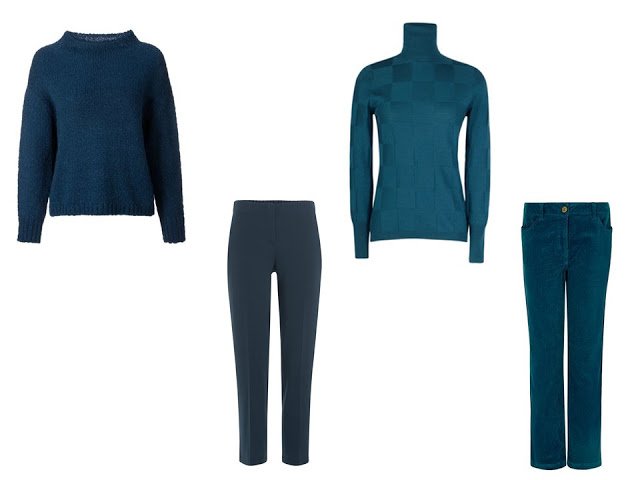 In the time that I’ve been looking into the idea of accent colors, I’ve approached finding ideas a few different ways. Some color I just knew would work well, and some were combinations that I have wanted to try out for a while. Others I drew from works of art that I’ve seen, and some were inspired by studying and thinking about the color wheel, and theories of color relationships.This time, I thought I’d go the the designers of scarves for their ideas, so I STARTED with scarves this time, and built around them. I figure if it’s good enough for Hermes, it’s good enough for The Vivienne Files! 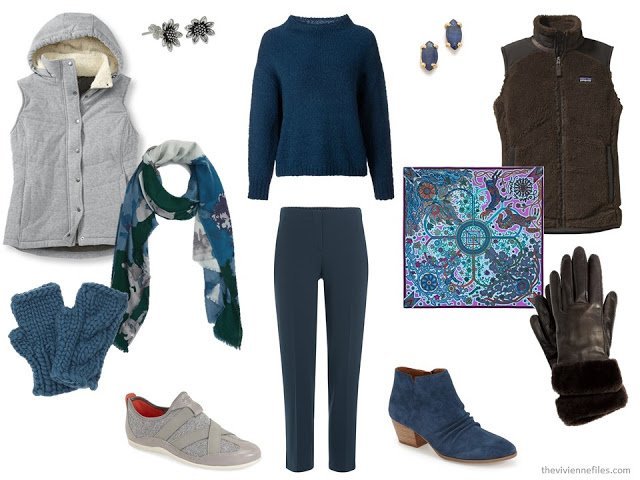 These are a little bit challenging, but on the right woman, these outfits would be striking! 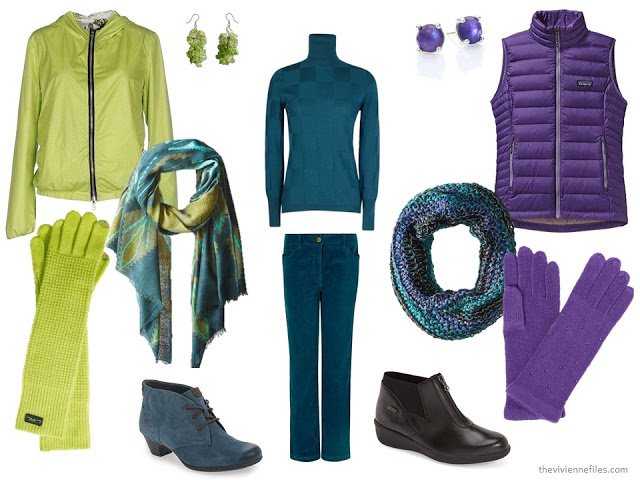 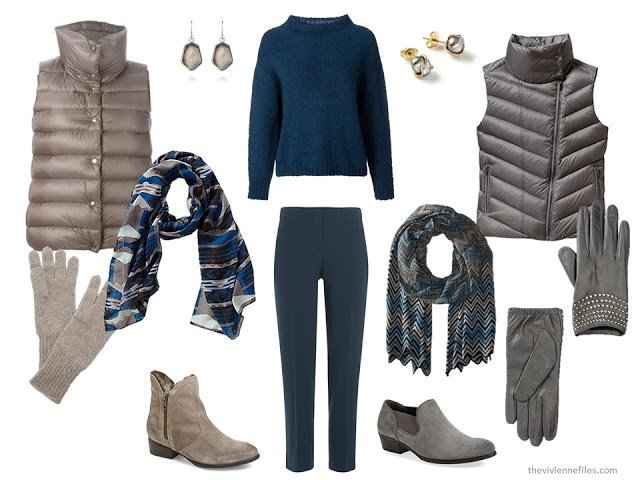 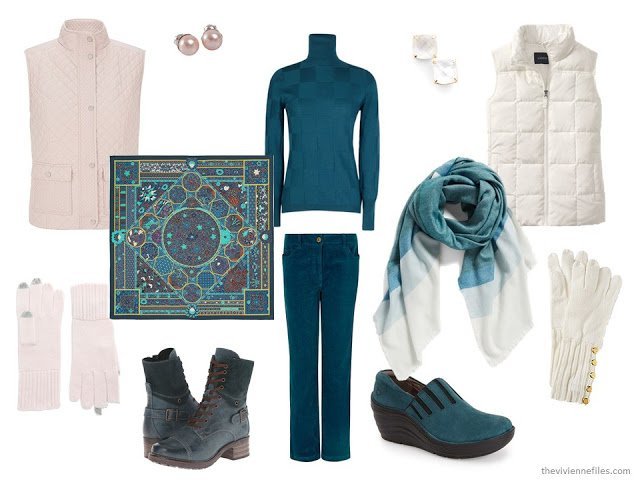 I am still looking at another neutral or two – this isn’t quite finished, but I may have to shift away from vests…. we’ll see!