Home » Capsule Wardrobe Project 333: Scarves
October 8, 2013
Who am I kidding – I will wear more than six scarves before the winter is over – there will be WEEKS during which I will wear more scarves than this. But these six scarves represent the critical categories into which my scarves seem to fall.  None of them is still currently available – and I can only remember buying two of them at all clearly.  I DO remember buying my pink scarf the first time I visited Paris (1998?), and being absolutely horrified with myself that I spent so much on a scarf.  Now that I’ve worn it about 500 times, I no longer remember the price… 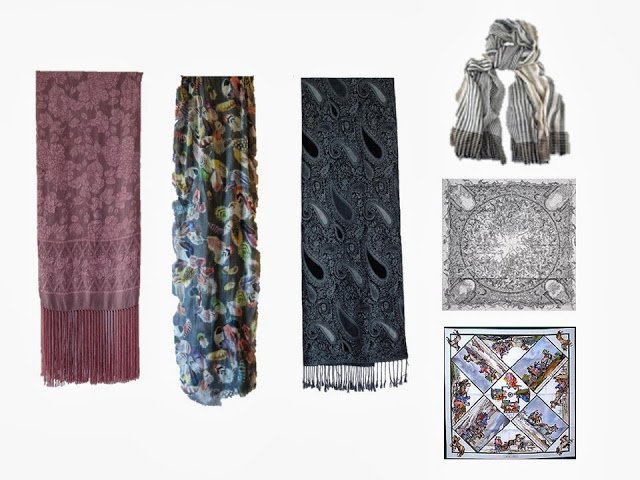 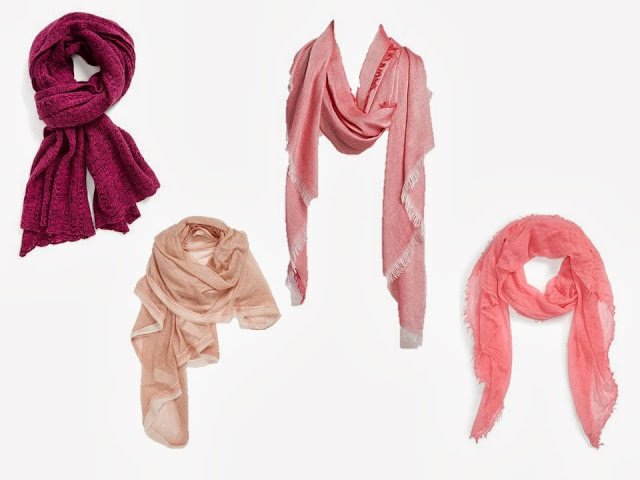 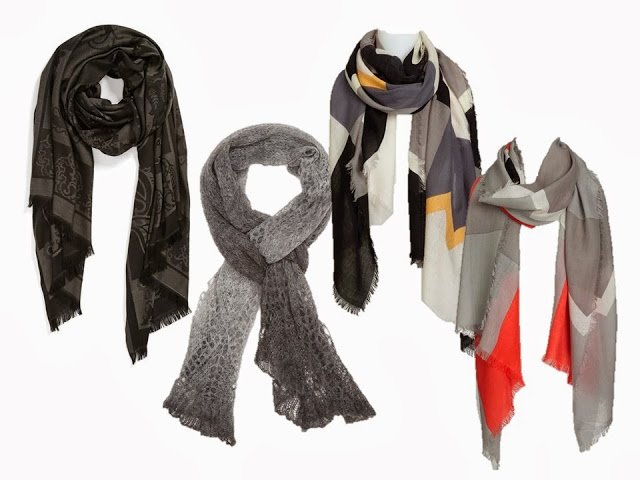 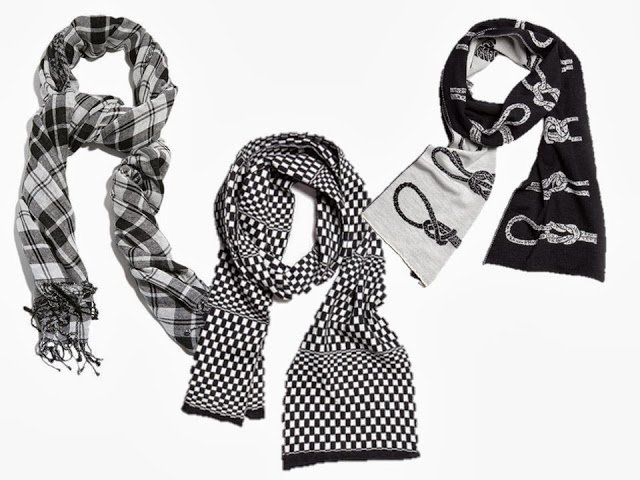 Lucky Brand,  String Theory,  String Theory
A scarf that is black, white, and can be worn indoors.  Sometimes, I just need the clarity of black and white in an otherwise very muddled world! 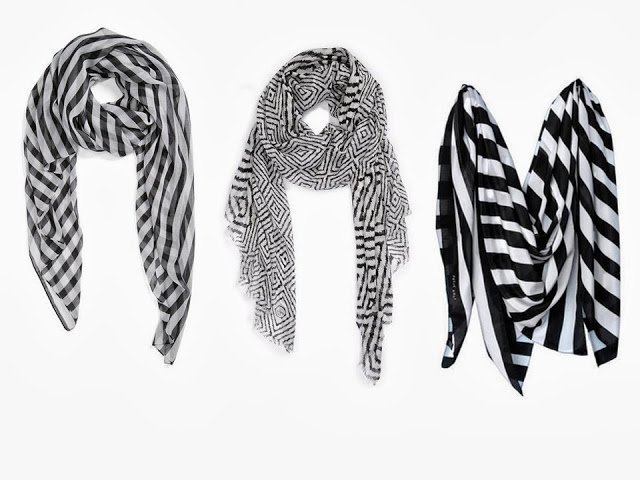 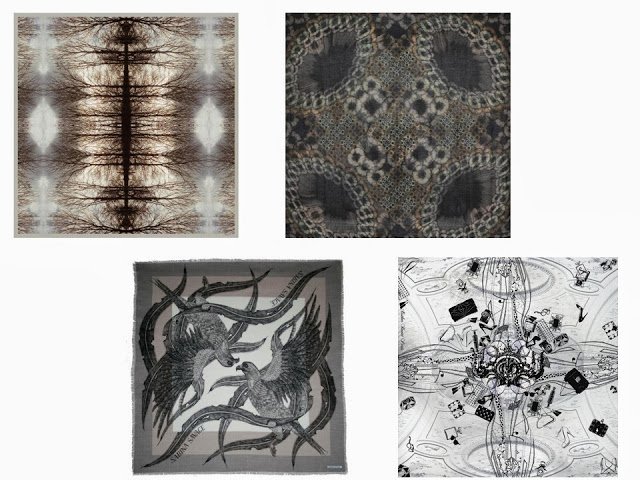 Silk by Bryony,  Alva-Norge, Sabina Savage,  Esther Bonte
A silk square in pretty colors (some of these would be like wearing a breath of spring around your neck in the dead of winter!): 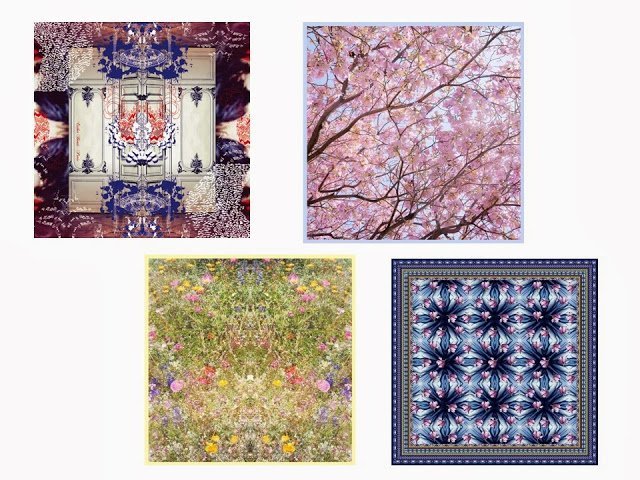