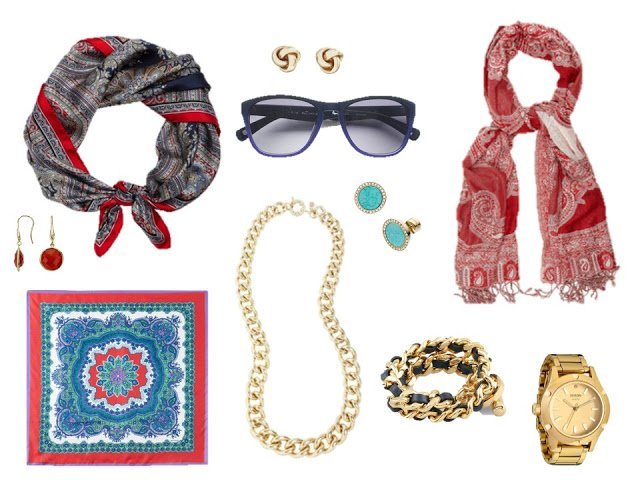 You could survive without three scarves – you can live with no scarves at all!  The gold jewelry all shares a chain/link sensibility, and two simple pairs of earrings in your accent colors can get a lot of mileage.  Sunglasses in one of your core neutrals, and you’re ready to travel… 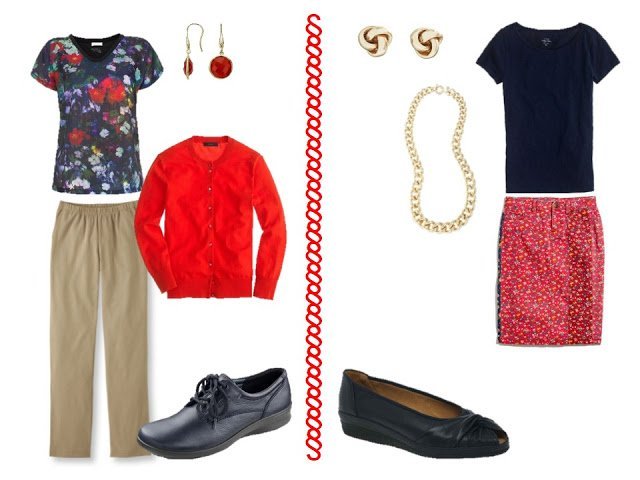 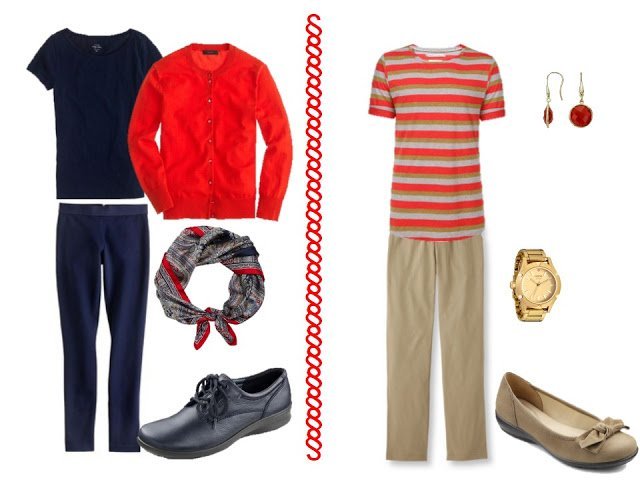 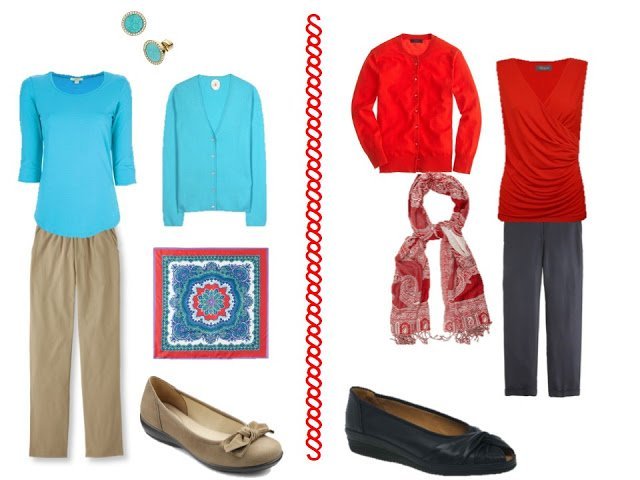 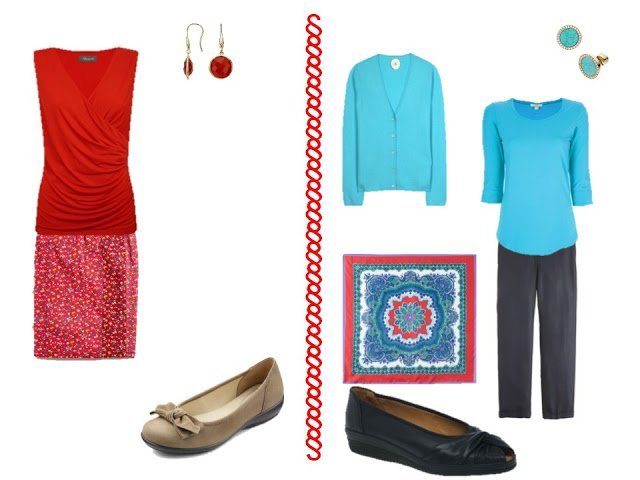 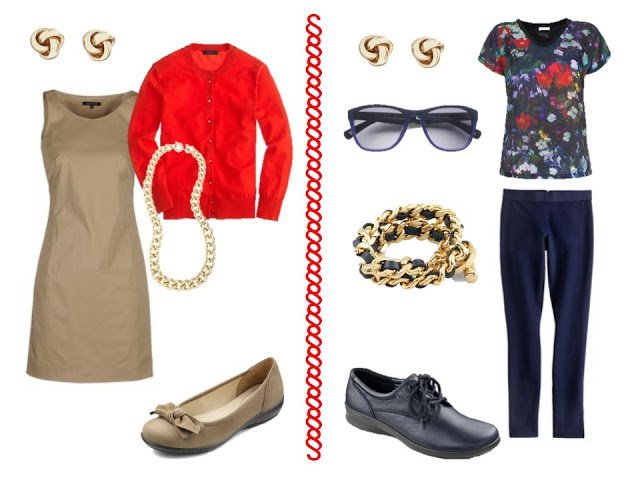 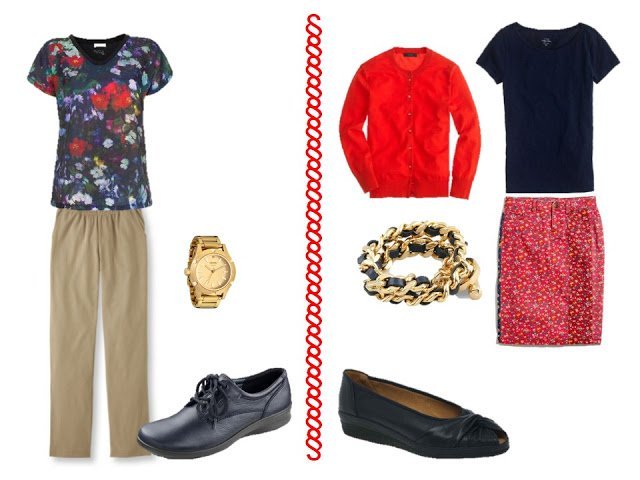 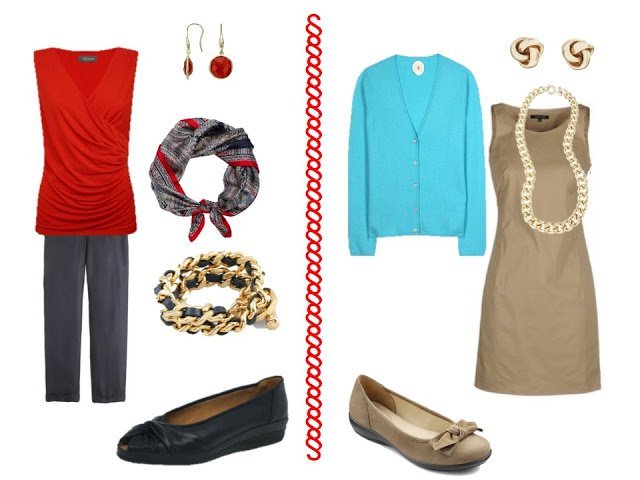 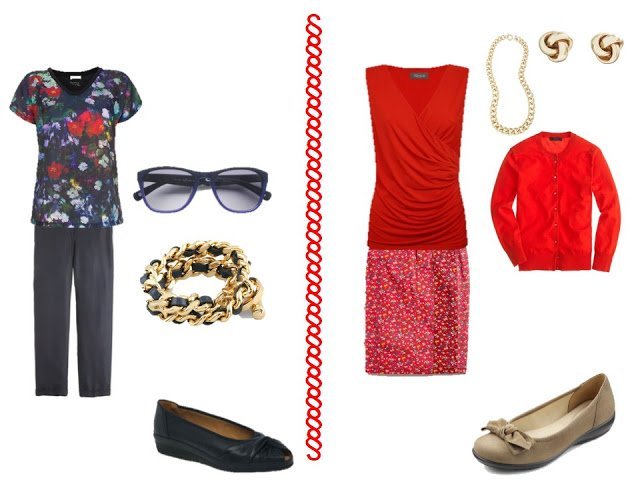 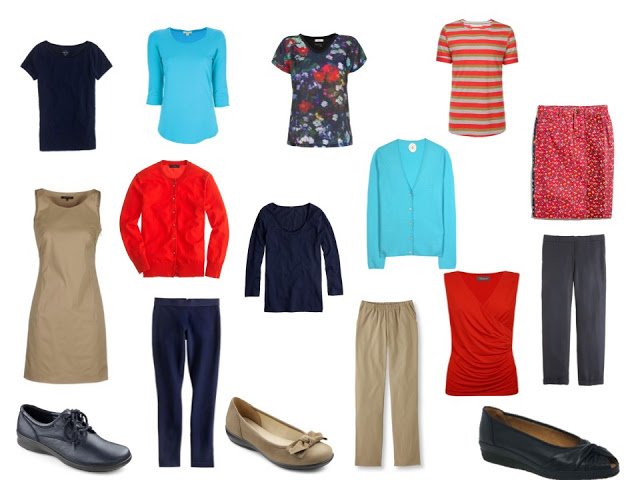