Home » Hermès Feux d’Artifice and me, or how collections get started

Seven or eight years ago, apropo of nothing I can remember, someone I knew only through the internet sent me this: 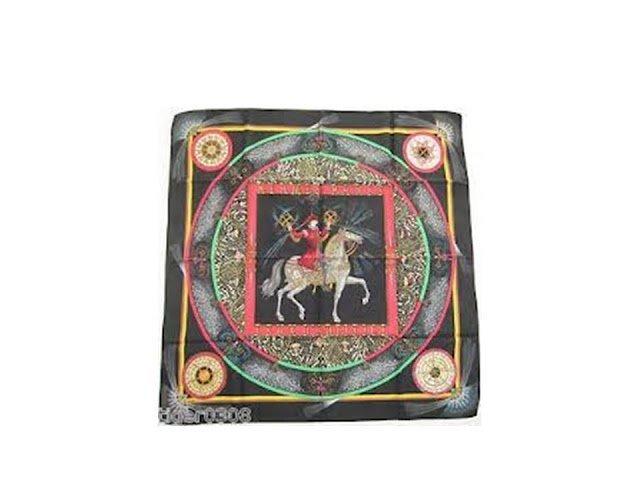 You could have knocked me over with a silk scarf – it was a stunningly generous and kind gesture.

A few months later, someone else gave me THIS: 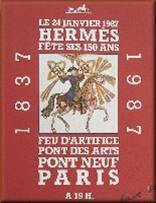 The poster commemorating the 150th anniversary fireworks display that Hermes held in central Paris.  I frankly haven’t seen another one of these posters anywhere – ebay, Hermes collectors groups etc.  And mine has been signed (well, probably robo-signed) by the chairman of Hermes.

And thus, just that easily, I decided I was going to start snapping up these Hermes Feux d’Artifice scarves if I saw them at a decent price.  It’s an ideal collection, because it has an absolutely finite limit – I know that Hermes couldn’t have made this scarf in more than… 24?… combinations.  Probably fewer than that.  And these scarves are already 27 years old, so they don’t exactly fall out of the sky by the dozens every week. 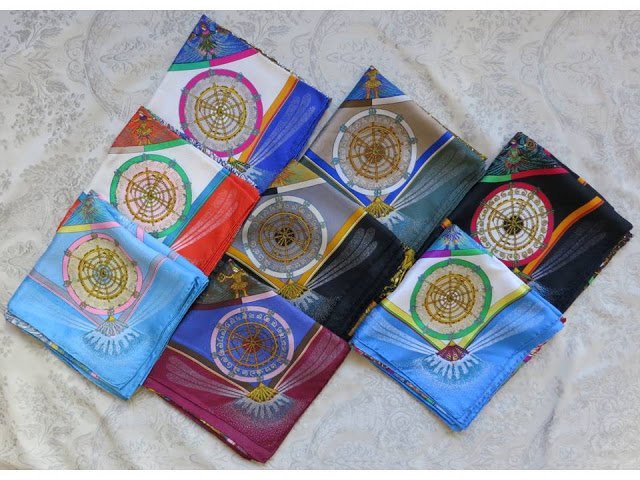 But the question of why someone would have multiple scarves in the same design is a good one.  I know of lots of Hermes collectors who focus specifically on a few designs, or a particular illustrator, or a theme like seashells or birds. 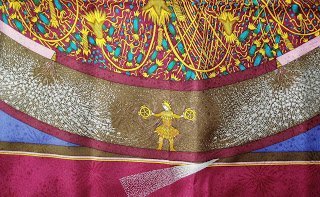 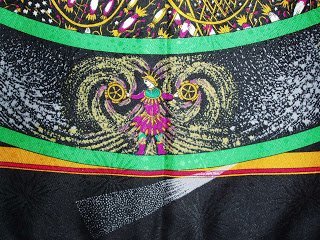 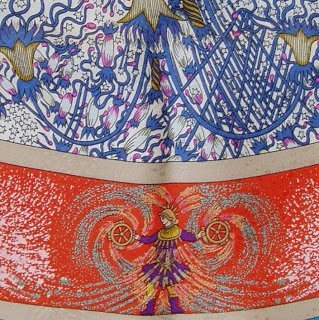 I like to admire the degree to which the designer of this scarf has taken every little detail and re-colored it to be in harmony with the overall color scheme of the scarf.  And collecting these pushes me out of my comfort zone of never wearing yellow or orange accessories.  When folded and draped, the scarves are surprisingly NOT just orange or yellow or whatever the main border color shows.

And how to wear a scarf with a necklace?  I’ll post some photographs of myself if the sun ever comes out again, but here’s the general geometry of how it works:

long necklace = high knot on the scarf, so the necklace peeks out below the knot and between the “tails” of the scarf

short necklace + low knot on scarf, so the necklace is framed by the two “panels” of scarf that hang down either side of your neck 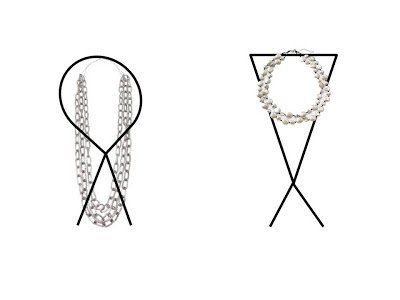