Home » The Elements of Style, according to Paul Stuart 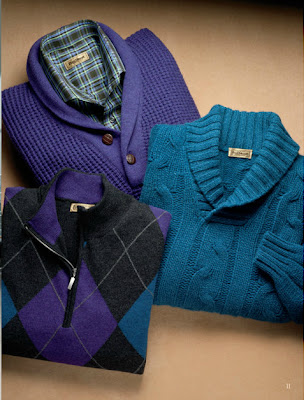 why are men’s clothes so beautiful?

Paul Stuart is an ultra-beautiful menswear store with locations in New York and Chicago.  Years ago, they had an advertisement in the program for the Lyric Opera of Chicago, which I reproduce here in it’s entirety.  These people are wise:
The Elements of Style
It’s easy to say what style
is not. It is not, for example, fashion. (see below)  But when a friend asked us, the other day, to
say what it is, the only answer we felt sure of was: our bread and butter.  Perhaps because that answer was true, our
inability to define the word rankled. So at last, prompted by some
half-remembered sentences, we reached for our copy of The Elements of Style.
This useful little book was
written by William Strunk, Jr., and revised by E. B. White. It was there we
found style described as “what is distinguished and distinguishing”. That
seemed a dandy definition to us. It certainly described what we look for in
clothes. It also sent us hunting through the pages for other remarks which
might shed as much light upon style in dress as they did upon style in writing.
We found them. And you can find them below, together with some remarks and
observations of our own.
The clothes we carry reflect
our spirit, our temperament, our style. We collect them, just as we collect
clothes for ourselves… with considerable thought and care. If we find six
sweaters of some wonderful kind, we’ll buy them, even though six are all there
are.
That sort of thing can make
shopping in our store something of a treasure hunt. But it also means we can
make no pretense of being able to dress every stylish man.
Paul Stuart
Tweet
Pin3
Share
3 Shares