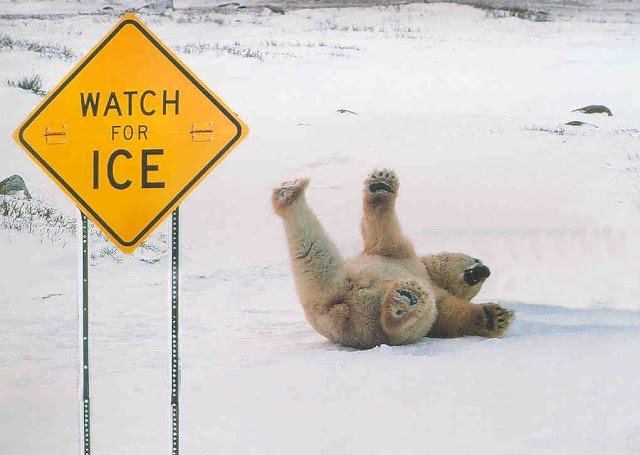 deeply excellent photo from Dale O’Dell. His website is http://www.dalephoto.com

Walking up Michigan Avenue in the winter, the intrepid adventurer encounters many sounds: traffic, car horns, sirens, the occasional argument, some laughter, and every now and then… a shriek!  I’ve made a study of the various shrieks of the “winter footwear challenged” segment of the human species, and I have created the following field guide to help you interpret these sounds, and perhaps even get a visual confirmation of the creature.

A.  The sound: a muffled, rhythmic gasping sound, with occasional expletives interjected.
The creature in question: Post Pedicure Flip-Flopper

B.  The sound: a short squeal, followed by ceaseless complaining.

C.  The sound: An abrupt, shrill and quite urgent scream, followed by the murmur of crowds.

Visual confirmation:  usually found in the middle of a crowd of spectators, the FVH-O-I will be found on the ground, feet up in the air.  Confirmation will be when you can locate the very high heels which are the key to this behavior. Platform soles are also occasionally spotted.

D.  The sound:  A long wail, followed by chattering teeth.

The creature: The Ugg Wearer in Slush

Here’s hoping that this brief guide will help you better appreciate the urban wonderland that can be found in any big city!