Home » French Chic: The origin of my French wardrobe fascination

Somehow I managed to get a British copy of this… 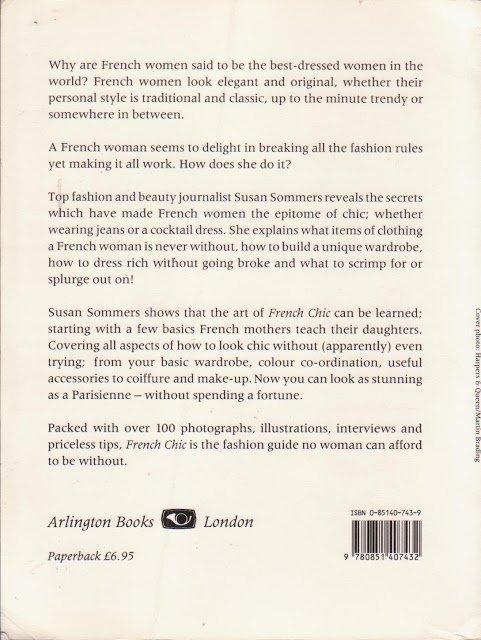 Thirty years ago (heavy sigh) this book was released, and this is where it all began for me – the whole fascination with French wardrobe planning, the idea of a minimalist, well-chosen wardrobe that would take me anywhere.  The following images that delineate the possibilities inherent in seven pieces of black clothing were revolutionary to me.  Up until this time, I was very stuck in the “gray suit, navy suit, white shirt, red bow tie, black pumps” aesthetic of the time (thanks for nothing to the Dress for Success theories).
Breaking out into black opened my eyes, changed my self-image, and finally gave me the excuse to spend a lot of money on clothes that I actually really liked.  I know that this idea resonated with a lot of people, because there was a time, after this book went out of print, when it couldn’t be found for less than $50 used. 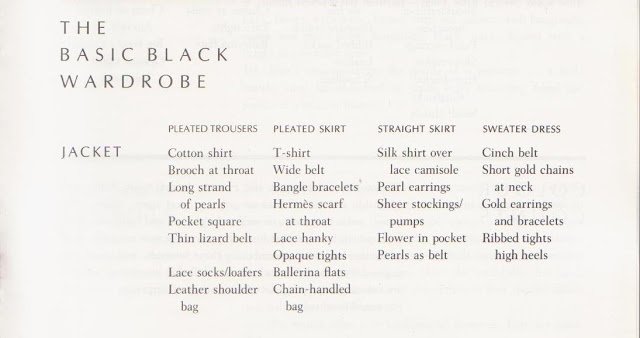