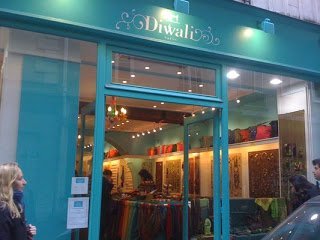 Of course everybody in Paris wears scarves almost all the time!  (seriously, it’s true, at least in cooler weather)  But these aren’t the square, Hermes style silk scarves nearly as often as it’s the more relaxed rectangular “echarpes” loosely looped around the neck.  And where do these millions of scarves come from?

Diwali – yes, the same word as the Indian festival of lights.  There are at least three or four of these stores scattered around Paris – I know of one on the Rue Mouffetard, and also on on the Rue Soufflot just down the hill from the Pantheon.  These stores are the absolute mother lode of scarves in any color and any fabric you can imagine!  You have to go in with some sort of a plan or clue about what you’re looking for, or you’ll be completely overwhelmed.  (it usually takes me at least 3 visits before I settle in on my choices) 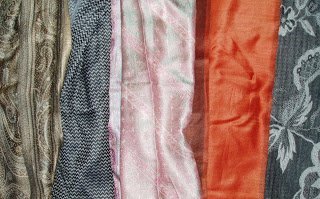 In general, Paris is an amazing place to find scarves.  If you’re willing to brave the shopping adventures of little shops in neighborhoods out of the center of the city, you can find piles of beautiful paisley silk and wool scarves that cost a fraction of what you would pay (if you could find them at all) in the United States. 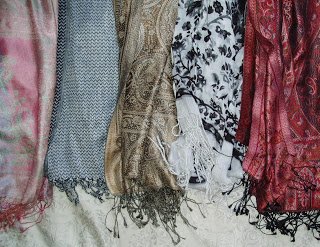