Home » Getting to Paris from Chicago (and back again), December 2015 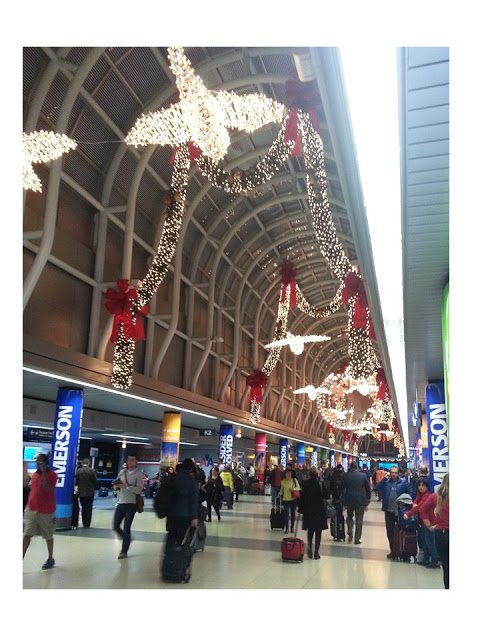 Apologies to those of you who have seen some of my photographs on
Instagram; I promise that there are a lot more photographs that you
haven’t seen coming up soon!

If you’re considering going to Paris soon, DO IT! If nothing else, the trip over was MUCH easier than it’s ever been before, in my experience. A lot of people on my flight were no-shows, which meant that lots of us had a ton of space. On both of my flights – to and from Paris – I had a window AND an aisle seat all to myself. On the trip over, some people had ENTIRE middle sections (three seats wide, maybe 4?) in which to stretch out and sleep somewhat comfortably.

I know that a lot of this is the result of no-shows, because I seriously considered upgrading my seat on both legs of the trip, and decided not to because of cost. When I viewed the seat maps online, they showed that there were very few free seats on both flights. But when it came time to actually take off, the amount of available room (and overhead bin space!) was delightful, if somewhat sad. The flight boarded quickly, with very little crowding or jostling about, and no one-upsmanship in the competition for storing bags. Pretty nice…

But two things about flights irk me:

Okay, got that off my chest…

The other thing I can’t recommend highly enough is the train (the RER B) from Charles de Gaulle airport into the city. Even if you have to take a cab AFTER you get off the train, you will save a ton of money. In many cases, you might be able to walk to your hotel, too.

(can someone in Europe clarify for me (because I’ve completely forgotten!!!), does the symbol go before or AFTER the numeral for prices, in Euros? Thanks!)

I’m not going to get really crazy about recommending an airline, but I have to say that I’ve been on the American Airlines flights between Chicago and Paris about a bajillion times (flights 42 and 41, respectively), and I have nothing but good things to say about them. It would be nice if they would pick a time and stick with it, but other than that, I find the flight attendants to be WAY above average, and the food, amenities etc. to be perfectly acceptable.

But any time you get two adjacent seats to yourself, a flight is going to feel a lot more comfortable!

much more to come…
love,
Janice