You are here: Home / How to Choose an Hermes Scarf: Post-Valentine’s Day Gift Edition

One lucky reader was given an Hermes scarf for Valentine’s Day! But the scarf is just a place-holder; she gets to choose the REAL scarf herself. I think we can all agree that the giver of this scarf is a beloved well worth holding onto, eh?

I was delighted that she contacted me for help with her enviable dilemma; my first advice was that she immerse herself in the Hermes site and narrow her choices down to six scarves. I then promised that I would give some thought to helping her with making the final choice.

This time, my approach is to treat the scarf very much like the “silk jewelry” that I’ve always believed them to be. For each of the six scarves in the “finalists” group, I’ve assembled a handful of other pieces of jewelry that feel compatible with the scarf – pieces that echo some aspect of the scarf, in my mind.

In making the choice, my idea is that you could look at the entire ensemble of 6 items, and see which of them felt most “at home” for you. Maybe there are items there which resemble things you already own, or something that’s always been on your dream list. I’m NOT suggesting that you go out and buy five pieces of jewelry to go with your scarf – far from it! I’m just positing that each scarf has a certain aesthetic quality that can also be seen in other items, and that you might more easily see that distinctive quality if you see it across a handful of objects. Make sense?

So, without further ado, I give you the six finalists! 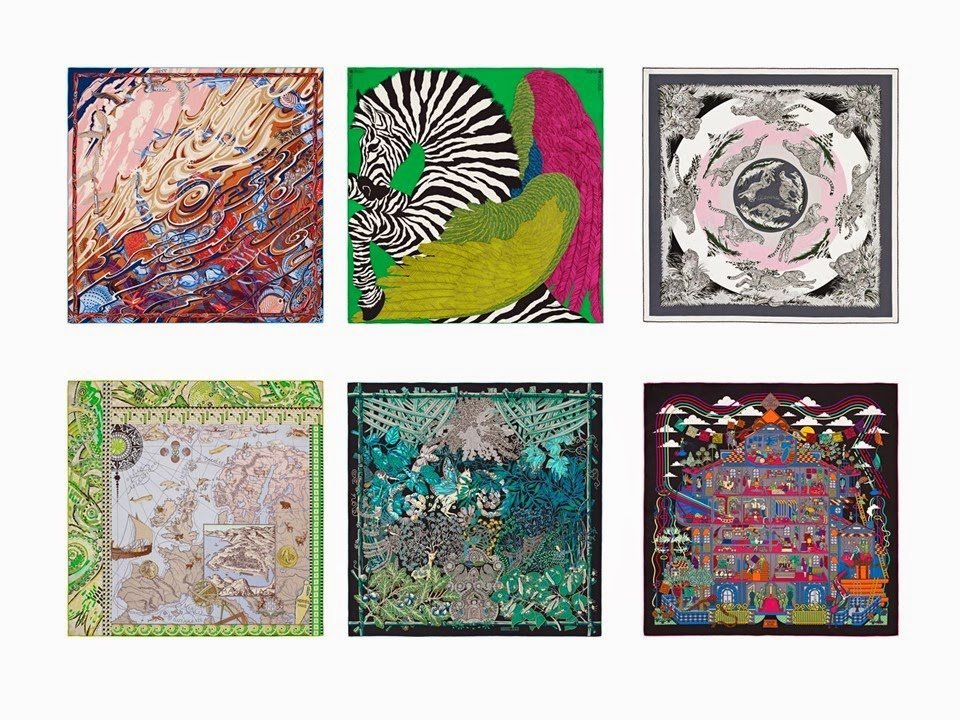 De la Mer au Ciel drew my attention to the fluidity of the waves, and the unifying golden beige that runs through the scarf: 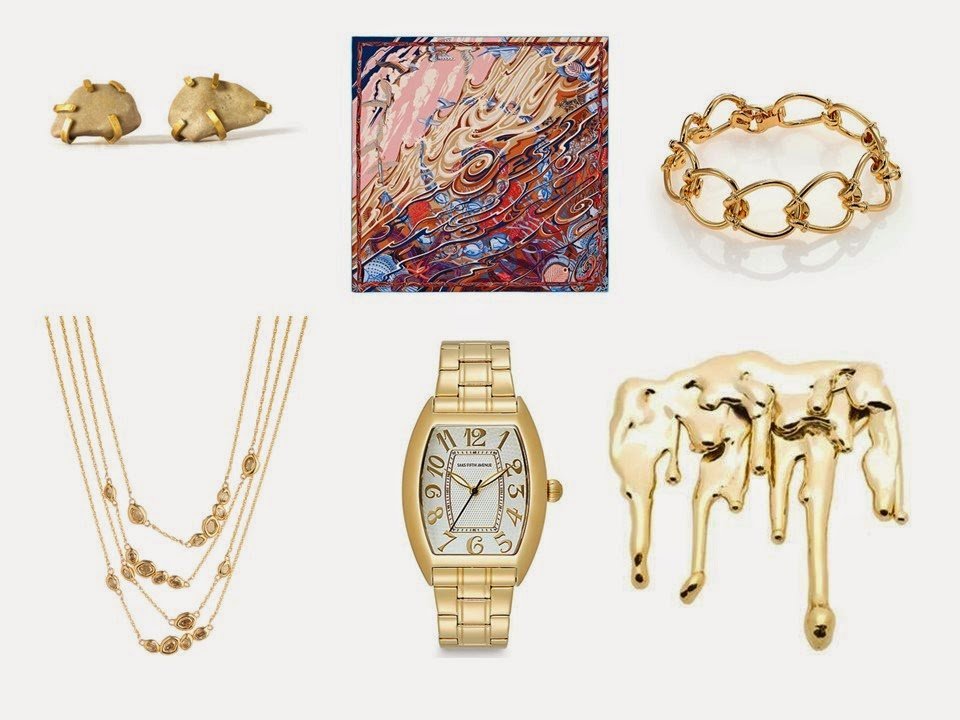 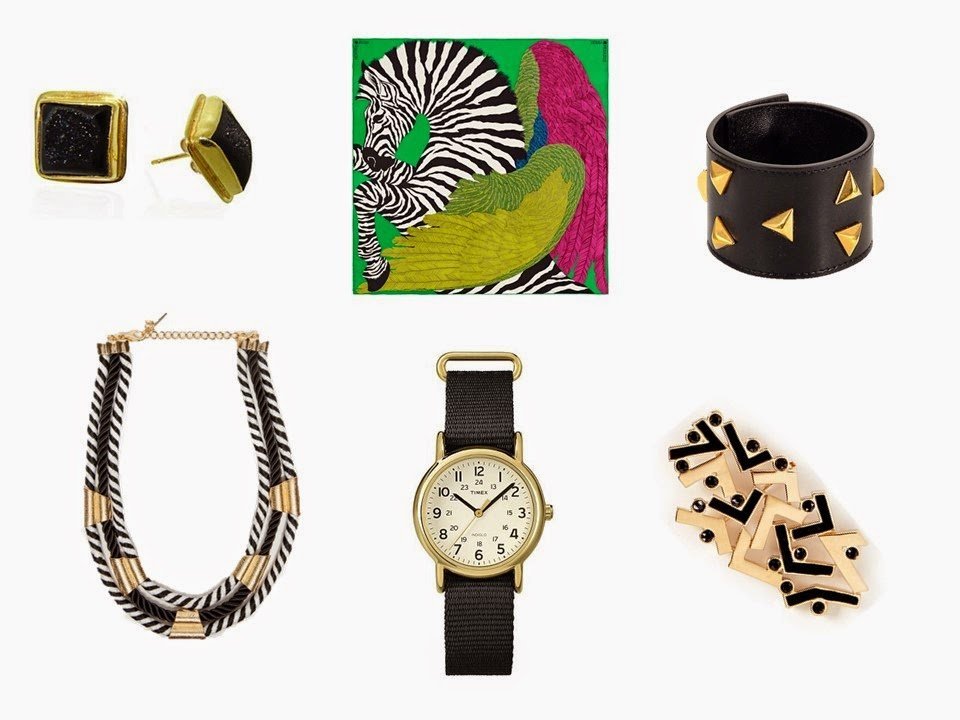 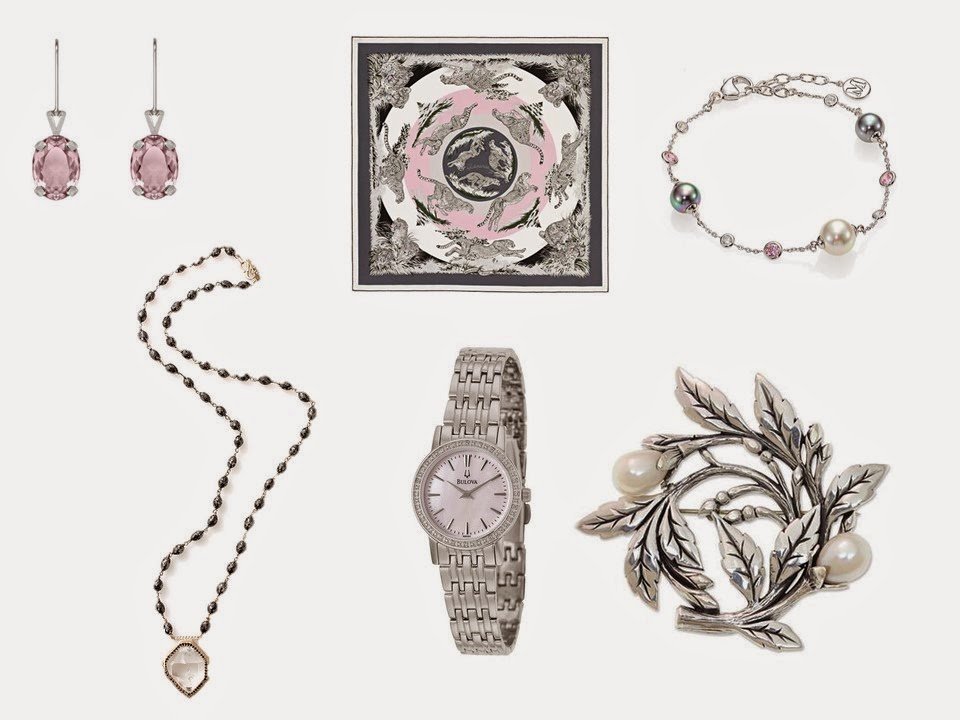 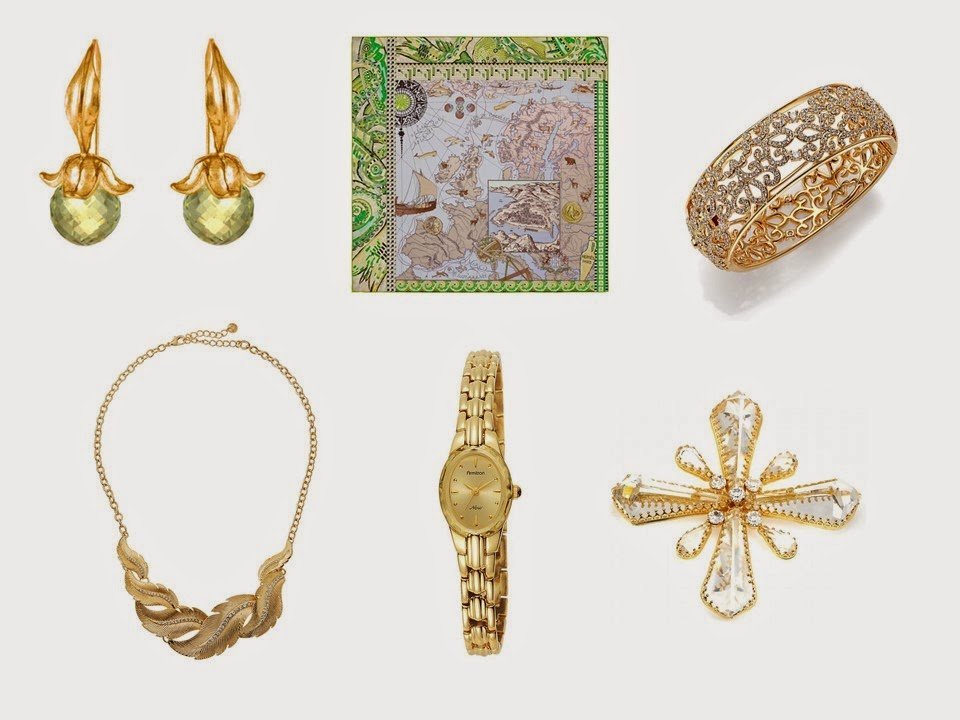 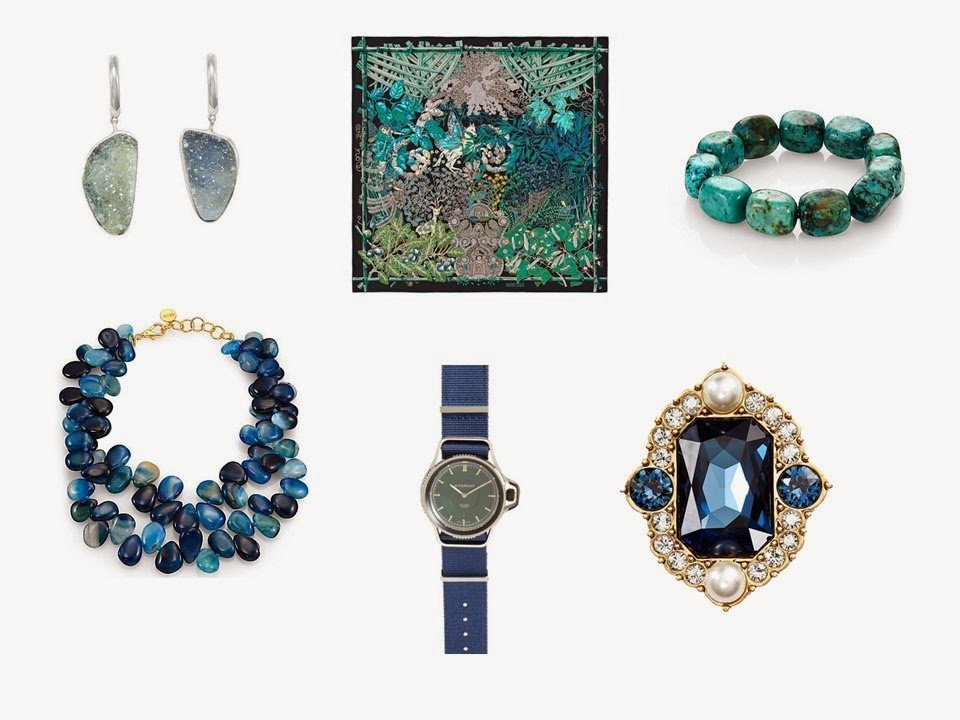 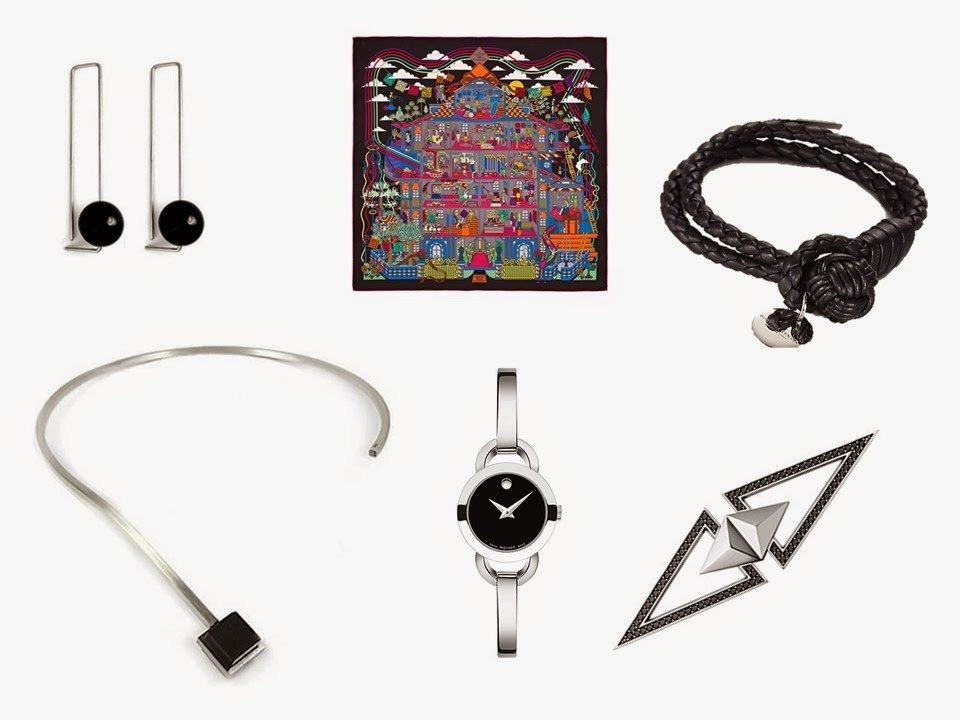 PS – Read about which scarf she choose in this update.